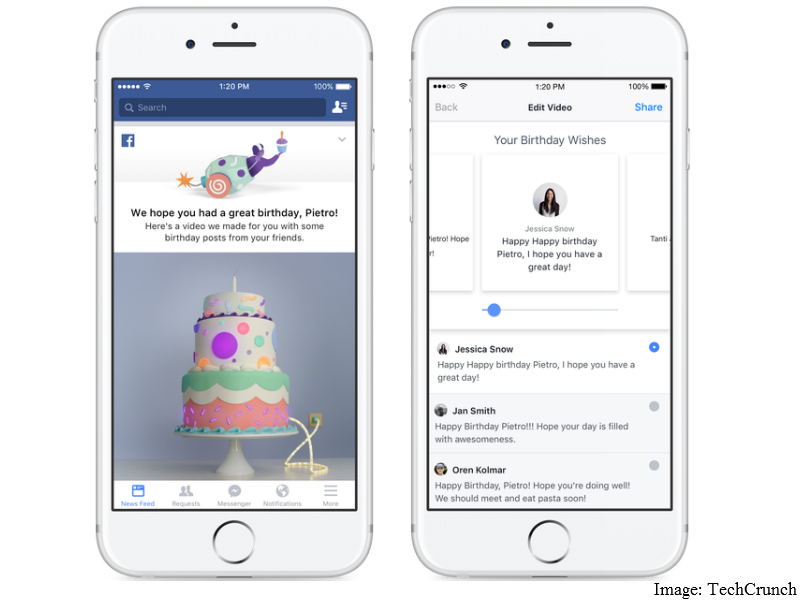 Off late, Facebook has been introducing many creative tools to keep users engaged and entertained on its platform. After the Slideshow feature on iOS that collates photos from the camera roll to create a video, the social giant has now introduced a Birthday Recap Video feature to keep you in the spotlight for one more day. This video shows up on the top of your News Feed the very next day of your birthday, and it basically is a creative montage of all the birthday wishes and photos posted on your wall on your birthday.

Facebook automatically creates this video, and let users share it if they wish to(via TechCrunch). Users can even opt to edit the video, and manually decide which posts they want to highlight, before pushing it out for their friends to see.

Facebook has become a place where people wish others on their birthdays. In February, Facebook also introduced the Birthday Cam to allow users to send videos instead of the mundane posts. With this feature, Facebook is looking to give a creative twist to the mundane Facebook birthday post as well.