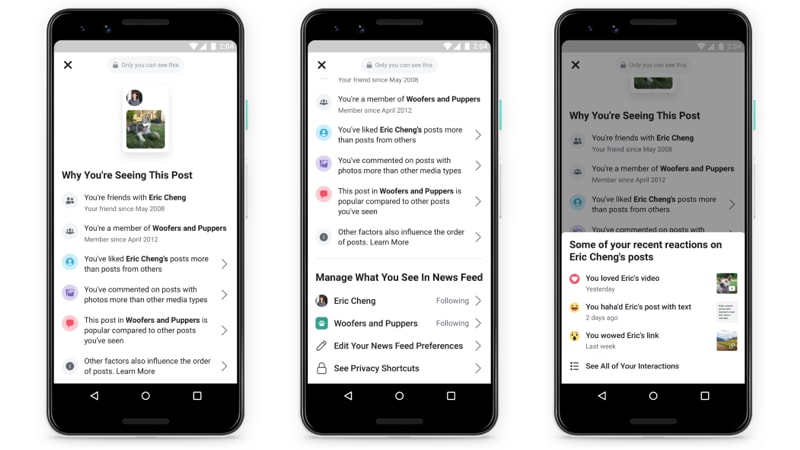 Facebook is finally explaining how its News Feed algorithm works

Facebook is adding a new feature called "Why am I seeing this post?" to its News Feed, the company announced on Sunday. The feature is similar to the "Why am I seeing this ad?", which has been available since 2014 for all the ads that appear on Facebook. The new feature is designed to explain why a particular post is appearing on a user's News Feed. Facebook is also offering a dropdown menu to users, with personalisation controls.

Facebook's "Why am I seeing this post?" feature will appear on the company's mobile apps. Users can access the feature as a dropdown menu on the right-hand side of posts. The feature lets users know why they're seeing a post from their friend, a Page or a Group, and why the algorithm thinks it is relevant for them.

According to Facebook, some of the reasons why a post may appear on a user's News Feed include:

The world's largest social network claims people wanted more than just transparency around its News Feed algorithms, during its research. Facebook says people wanted more control and that's the reason it is adding this new feature to make it easier for users to control their feed.

Facebook's control over moderating its News Feed was questioned after the recent shooting attacks on New Zealand mosques were live streamed on the company's platform. Facebook was also charged by the US Department of Housing and Urban Development for violating the Fair Housing Act.