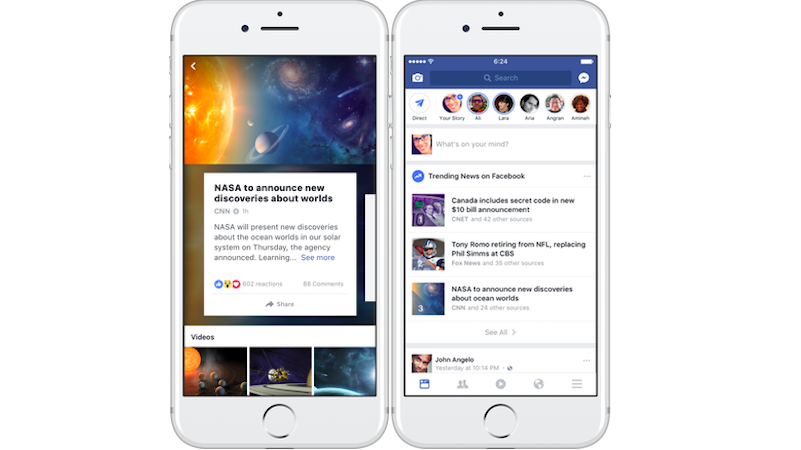 Facebook on Wednesday unveiled its latest redesign to its "trending topics" feature - its latest move to give users a variety of sources on important news events.

The huge social network - which has faced criticism for creating "filter bubbles" that reinforce the views of users, and has been accused of bias in selecting its news sources - said the new design will offer a "carousel" with a variety of websites.

"You've always been able to click on a topic to see related posts and stories, but we've redesigned the page to make it easier to discover other publications that are covering the story, as well as what your friends and public figures are saying about it," Facebook said in a blog post.

"Now, when you click on a trending topic, you'll see a carousel with stories from other publications about a given topic that you can swipe through."

The blog signed by Facebook product manager Ali Ahmadi and designer John Angelo said the aim is to help people "feel more informed about the news in their region."

They added there would be "no predetermined list of publications" which appear in trending topics and that the update "does not affect how trending topics are identified," after a series of changes.

Earlier this year, Facebook revised its formula for trending news in an effort to weed out fake news by tweaking its algorithm to diminish the importance of how much a news story is shared.

Facebook made the changes last year despite arguing that its research discovered no systematic bias in story selection.

The social network, which has nearly two billion users worldwide, is an increasingly important source of news for its members.

Facebook has brushed aside the idea that misinformation spread over its network was a major factor in the 2016 US presidential election, but has stepped up efforts to weed out hoaxes and unverified news.

The new "trending" design is rolling out for iPhone users in the US, and will soon be available for Android and desktop, Facebook said.