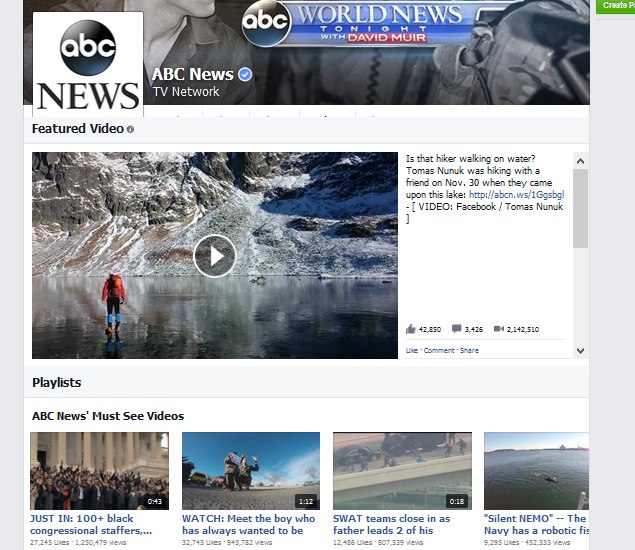 Facebook is testing a new Video section design for Facebook Pages, which is reportedly planned for a rollout in the coming weeks.

According to Techcrunch, Facebook is testing the new Videos section design only on a few Pages for now, and that it appears similar to the YouTube channels interface, complete with featured videos and playlists. The new design and features are currently visible on ABC News' Page.

The revamped videos section visible on ABC News' Page shows a 'Featured Video' displayed extra-large on top with likes, comments and views, while below are the Playlists and All Videos sections with thumbnails, titles, video length, likes, and views. In the current layout for Pages, only a Video list is visible, with a thumbnail and video length seen for each video.

The report notes that Facebook Pages will get the new design automatically, and if Page owners don't select a Featured Video or make Playlists, then their Videos will just show up in a chronological list.

The social networking giant appears to be making some serious efforts to make good use of videos, as earlier this month too, Facebook's business unit had announced that the eligible video mobile app-install ads will now play automatically in the News Feed, a feature that will help marketers spread the word even more.

"As more and more people upload, share and discover video on Facebook, marketers are realising the value of video at every stage of the buying cycle, from awareness to conversion," noted the company in a blog post.

What this also means for users is that the Facebook app will consume more data as any 'eligible' app-install advertisement video will start playing automatically while scrolling through News Feed in Facebook apps on mobile.
Comments