Facebook said Stone and his associates had used fake accounts and followers to promote Stone's books and posts. 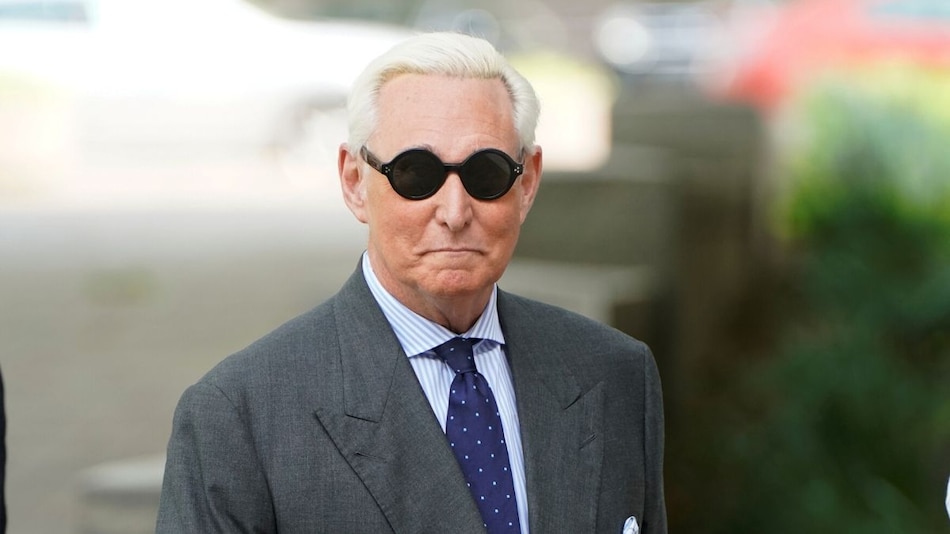 Facebook on Wednesday removed 50 personal and professional pages connected to US President Donald Trump's longtime adviser Roger Stone, who is due to report to prison next week.

The social media platform said Stone and his associates, including a prominent supporter of the right-wing Proud Boys group in Stone's home state of Florida, had used fake accounts and followers to promote Stone's books and posts.

Facebook moved against Stone on the same day it took down accounts tied to employees of the family of Brazilian leader Jair Bolsonaro and two other networks connected to domestic political operations in Ecuador and Ukraine.

Nathaniel Gleicher, Facebook's head of cybersecurity policy, said the removals were meant to show that artificially inflating engagement for political impact would be stopped, no matter how well connected the practitioners.

“It doesn't matter what they're saying, and it doesn't matter who they are,” Gleicher told Reuters before the announcement on the company's blog. “We expect we're going to see more political actors cross this line and use coordinated inauthentic behavior to try to influence public debate.”

Facebook officials said they took down Stone's personal Facebook and Instagram pages and his Stone Cold Truth Facebook page, which had 141,000 followers. A total of 54 Facebook accounts and 50 pages were removed for misbehavior, including the creation of fake accounts. The accounts spent more than $300,000 (roughly Rs. 2.25 crores) on advertisements over the past few years, Facebook said.

The removals risk further angering Trump and other conservatives who accuse Facebook of suppressing right-wing voices. Facebook last month took down a Trump re-election ad that included a Nazi symbol, and it pledged to steer users to facts on voting when Trump, or anyone else, touches on the topic.

Facebook is under pressure from civil rights advocates and allied groups as well, and hundreds of advertisers have joined a boycott demanding the company crack down on hateful and divisive messages.

Stone was convicted last year for witness tampering and lying to Congress as it and former Special Counsel Robert Mueller investigated Russian interference in the 2016 election.

In a lengthy email, Stone said he did not control fake accounts and that his accounts had no connection to the Proud Boys.

"I am being censored by Facebook and Twitter because my social media postings expose the truth regarding the now discredited Mueller investigation and the Russian Collusion hoax as well as the unfairness of my trial in 2020 to the extent possible without violating the protective seal left in place by the court and because I am an outspoken supporter of President Trump," Stone wrote.

In search warrant documents released this April, the FBI said a Stone assistant told interviewers in 2018 “that he purchased a couple hundred fake Facebook accounts as part of this work.”

Facebook said its probe was influenced by the April search documents. But the company said that its unit guarding against coordinated inauthentic behavior had already been looking into Stone's pages after a referral from a separate Facebook team monitoring dangerous organizations, which was tracking the Proud Boys.

Facebook marked the Proud Boys as dangerous and banned their content in 2018. Members have been charged with violence in multiple instances and recently clashed with anti-racism protesters.

One of the accounts connected to the Proud Boys was operated by Jacob Engels, Facebook said. Stone testified last year that Engels could post on Instagram on his behalf and had access to his phone.

Engels, who writes for far-right sites, told Reuters he is not a member of the Proud Boys but has "embedded" with them to research the group.

Graphika analyst Ben Nimmo, a disinformation specialist, said the Stone network had been most active in 2016 and 2017, among other things promoting stories about the Democratic emails published by WikiLeaks as part of the Russian interference effort.

Many of the accounts were later deleted, and in recent weeks they have mostly reflected Stone's quest to receive a pardon from Trump for his crimes, according to Nimmo.

“The inauthentic accounts were amplifying various Stone assets, like his page, or advertising one of his books,” Nimmo said.

Stone has been stepping up his efforts to get a pardon from Trump before he reports to prison, where his family fears the spread of COVID-19. Trump has said that Stone was treated unfairly, and his attorney general intervened to seek a lesser sentence, prompting four career prosecutors to resign from the case.