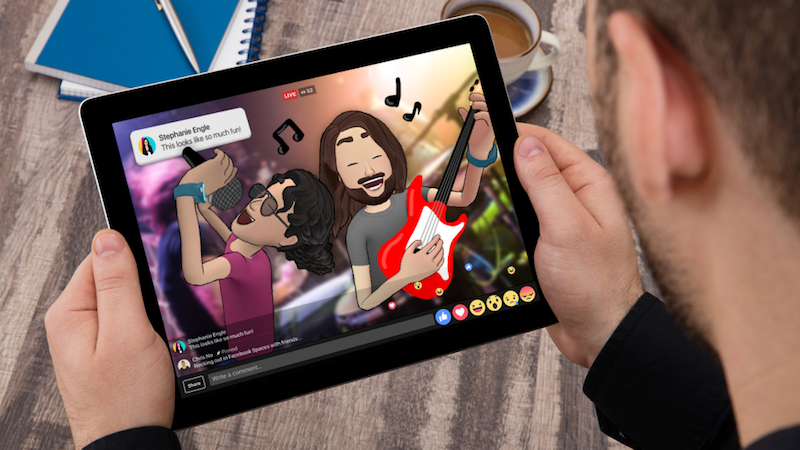 Launched in April, Facebook Spaces is the company's first VR app built for the company's Oculus Rift VR headset which is developed and manufactured by Oculus VR, a division of Facebook.

According to a Facebook blog post on Wednesday, people could interact with other Oculus Rift users inside a virtual playground by chatting and drawing 3D animations.

"By going live from Facebook Spaces, you can share a whole new kind of moment with friends and family directly from VR. Whether you're touring exotic locations across the globe in 360 or riffing on a viral video, the people who matter most to you can now follow along in real time on Facebook," the blog post said.

Users going live from Facebook Spaces will have a virtual camera that can be positioned anywhere to capture the action while their friends can comment on their broadcast.

Spaces users can also broadcast their VR sessions to those users who don't have the Oculus Rift.

Facebook has also dropped the price of its Oculus Rift headset to $400 in an attempt to lure more people to use VR.