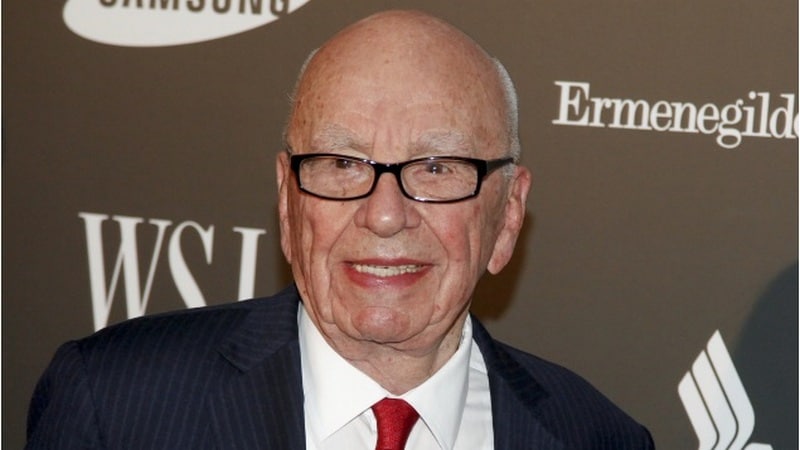 Rupert Murdoch, the media billionaire who controls the Wall Street Journal, called on Facebook to begin paying publishers fees to carry the news that its users post and share online in a sign of the print industry's growing frustration with social media.

"If Facebook wants to recognise 'trusted' publishers then it should pay those publishers a carriage fee similar to the model adopted by cable companies," Murdoch, the executive chairman of News Corp. said Monday in a statement. "The publishers are obviously enhancing the value and integrity of Facebook through their news and content but are not being adequately rewarded for those services."

Facebook, the largest social network, sent tremors through the news industry this month when it announced plans to redirect the site's 2 billion-plus users more toward posts from friends and family and away from media content. The company also plans to let users gauge how trustworthy news sources are to avoid perceptions of bias and address claims it has helped spread fake news. Murdoch also called on Google to change.

"Facebook and Google have popularised scurrilous news sources through algorithms that are profitable for these platforms but inherently unreliable," Murdoch said. "Recognition of a problem is one step on the pathway to cure, but the remedial measures that both companies have so far proposed are inadequate, commercially, socially and journalistically."

Murdoch, who also leads 21st Century Fox, called for a system similar to that in cable television, where large distributors like Comcast and AT&T pay fees to the TV network owners that attract their viewers.

TV companies such as Fox, the parent of the namesake broadcast network and Fox News Channel, have avoided the steep subscriber losses that newspapers have experienced as news has moved online. Still, new entertainment services, like Netflix and Google's YouTube, have drawn audiences away from conventional television.

Facebook drives about 17 percent of the visits to the websites of companies participating in Digital Content Next, a group that represents publishers including Bloomberg News, CNBC, Fox and Al Jazeera, according to Jason Kint, CEO of the organisation.

The social network has had trouble managing its role as one of the world's most powerful news distributors. Ahead of the US presidential election in 2016, Facebook was criticised for bias because its human curators of a "Trending Topics" section were only allowed to pick links from a set of sources Facebook designated as trusted, which excluded some conservative sites.

Murdoch also said earlier this month that News Corp. will keep an eye on Facebook's newsfeed changes "for any signs that the weighting of news sites is politically motivated."

Since then, the company has sought to address the spread of fake news while trying to avoid being the arbiter of what is true or false. It works with third-party fact checkers who look at articles flagged by users as potentially false or misleading. Those efforts have had little impact on the overall problem.

Google announced changes to its policy in September. The company revamped its "first click free" program, which lets users read news articles without paying, winning praise from News Corp., one of the technology giant's harshest critics.

The search-engine giant is developing ways to boost subscriptions for news publishers, including a tool for online payments, Bloomberg reported in August. The Wall Street Journal had complained that Google unfairly discriminated against its content after the publisher began blocking the search engine giant's users from reading free articles earlier this year, causing traffic to plummet.