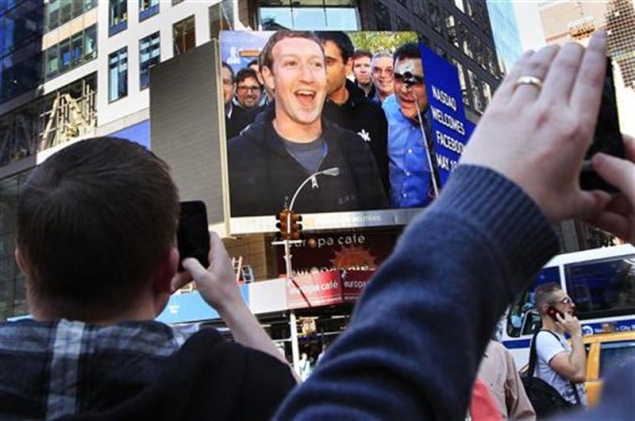 Facebook shares on Tuesday nearly climbed their way back to the $38 mark from which they plunged after a dismal debut in the stock market last year.

Facebook stock was $37.61 at the close of trading on the Nasdaq exchange after coming within five cents of reclaiming the price set at its initial public offering in May of 2012.

Facebook shares plummeted after the highly anticipated IPO last year and languished, primarily due to doubts about the California-based company's ability to make money from members turning to mobile devices to get online.

The company has made a priority of following its more than one billion members onto smartphones or tablets.

Facebook reported net income in the second quarter of $331 million compared with a loss of $157 million in the year-ago period.

Revenue for the quarter that ended June 30 climbed to $1.81 billion, up 53 percent from the same period a year earlier.

Some 41 percent of its ad revenues came from mobile, compared with 30 percent in the prior quarter and virtually nothing a year ago.

Facebook last year integrated ads into people's newsfeeds, whereas previously they had been segregated onto the right side of the screen and not visible on smartphones.

Facebook on Tuesday got into the business of publishing mobile games, offering developers help at going global with smartphone or tablet titles in exchange for a share of revenue.

The leading social network announced a Facebook Mobile Games Publishing pilot program in which it will work with small or medium-sized developers and promote their works in the online community.

Of the more than 800 million people who use of the social network's mobile applications, about 260 million play games on Facebook, according to company software engineer Victor Medeiros

Along with mobile ads in the form of "promoted" posts, Facebook makes commissions for getting members to install applications made by outside developers.