Facebook initially announced about a major desktop redesign coming to the platform in April last year. 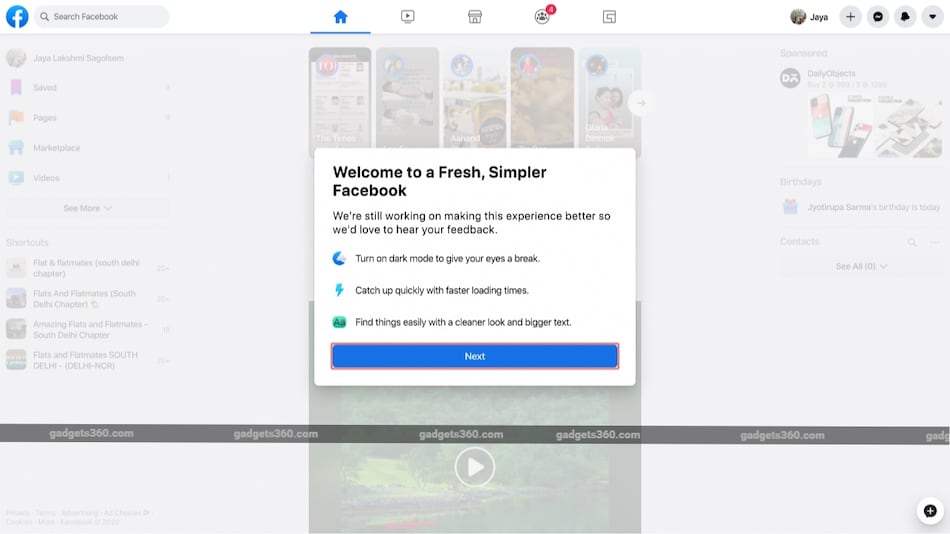 Facebook has announced the official rollout of its new desktop redesign that brings dark mode, tabbed home screen, a cleaner profile and more. As cited in a report, Facebook says the majority of its users around the world will now have access to the new desktop design of the platform. They will have a choice to turn on the redesign before it becomes the default for everyone later this year. To recall, Facebook revealed its plans for a major redesign coming to the desktop in April last year.

The changes and features available in the new Facebook redesign include a cleaner layout, dark mode, centralised tabs for Facebook Watch, Marketplace, Groups and Gaming, as well as larger fonts. As we mentioned above, Facebook initially announced about a major desktop redesign coming to the platform in April last year. Following this a small batch of users were allowed to test the New Facebook earlier this year in January.