Facebook Live Video Now Available to All Users in India: How to Get Started 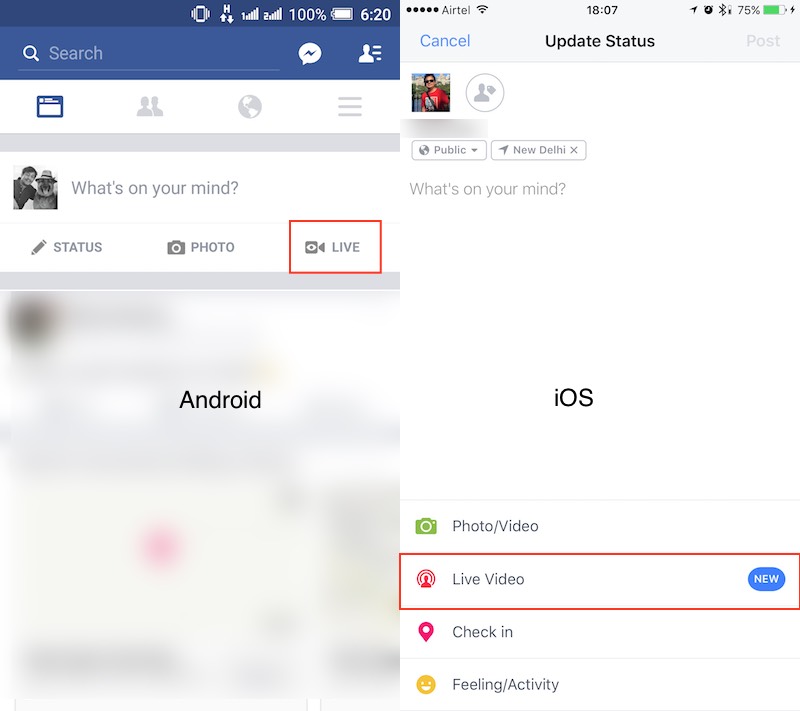 Android users will see the option very prominently when the open the app, right below the status box, next to the Photo and Check In options. iOS users will need to tap on the What's on your mind box and then look for the Live Video option towards the bottom of the screen on the resulting screen.

Live Video lets users broadcast a live video feed to other users on Facebook. Facebook has been pushing Live Video in a big way, and flipping the switch in India means your News Feed is likely to be full of inane live videos over the next few days, so you may want to stay away from the Facebook app as everyone does "testing live video" posts.

Facebook now lets users post live videos of up to four hours in duration, up from the two hour limit that was in place until recently. Users now also have the option to hide comments while broadcasting, and the ability to broadcast in full screen on both iOS (portrait and landscape modes) and Android (portrait mode only).

In June, Facebook announced that users can go live from the face-swapping MSQRD app and utilise different Snapchat-like masks and filters while the video is being broadcast.