Facebook Gets 'Live Chat With Friends' and 'Live With' Features 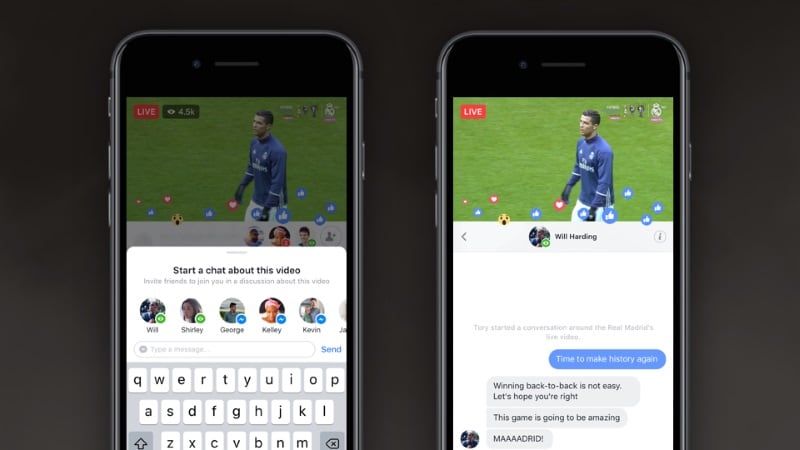 It is not a hidden fact that Facebook has been trying to focus on videos for quite some time and after imitating some features from the rival platforms, it seems like the company has now decided to test waters with its own new features. Facebook has introduced two new features to its Live video service in the form of 'Live Chat With Friends' and 'Live With'.

While it is debatable how useful the addition of 'Stories' feature turned out to be, it appears that the new features can really improve the utility of Facebook Live video service substantially. First coming to Live Chat With Friends, the new feature provides users with the option to chat only with their friends while watching a live stream. Earlier, if you might remember, users could only participate in a public chat that was flooded with comments from users across the website.

If you prefer to watch live stream videos with your friends, this feature is likely to really useful to you. "You can invite friends who are already watching or other friends who you think may want to tune in. You're able to jump back into the public conversation at any time, and you can still continue chatting with your friends via Messenger after the broadcast ends," Facebook said in its news post.

Live Chat With Friends is currently being tested on mobile and will be made available more broadly this summer.

Moving to the Live With feature, users will now be able to invite other users into their live videos without them being required to be in the same vicinity as them. Live With feature allows users to collectively use Facebook Live. Interestingly, users can use this feature in both portrait and landscape modes for having picture-in-picture or side-by-side layout respectively.

In order to use this feature, users simply need to select a guest from the Live Viewers section, or tap a comment from the viewer whom they want to invite. The guest will then have the option to join or reject the request. This feature can help in conducting interviews with people in remote locations and can thereby prove to be extremely useful. Live With feature was earlier made available just for public figures but has now been made available for all users and pages, as per Facebook.

Microsoft's Whiteboard Is a Collaborative Inking App for Windows 10