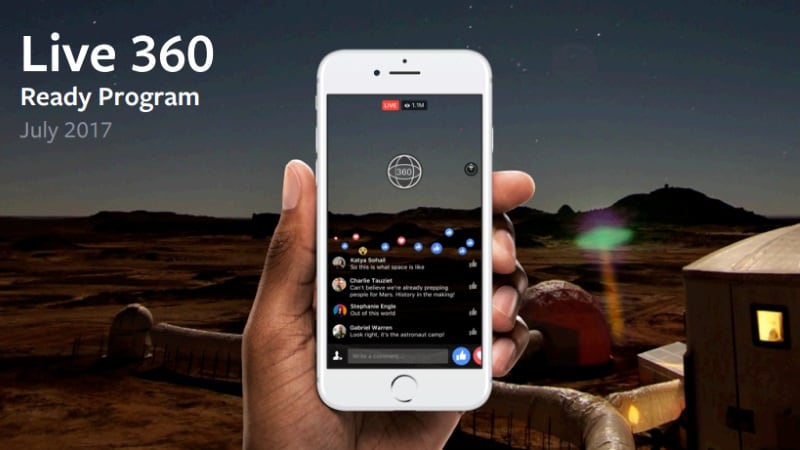 Facebook on Tuesday announced several updates to make its Live 360-degree videos a more lucrative proposition for broadcasters and more attractive to media consumers. The social networking company has now added support for up to 4K resolution for streaming 360-degree Live videos. It has also added the support for virtual reality to the service as well.

Apart from this, Facebook also announced its Live 360 Ready Program, which essentially certifies certain devices as ready for the company's Live 360 video streaming service. "The Live 360 Ready Program is a verification program by Facebook that recommends particular cameras for Live 360 based on integration of the camera's third party app or software with FB login and FB Live API to support our standard experience for a frictionless Live 360," the company says on its website.

Currently, the list of supported cameras includes Insta360 Nano, Giroptic iO, Insta360 Air, Insta360 Pro, Nokia Ozo Orah 4i, ION360 U, Z CAM S1, and 360fly 4K Pro. More devices are likely to get the certification going ahead, considering they meet the requirements set by Facebook for its service.

Facebook has clarified that the live videos are currently not embeddable when live but can be embedded after it is converted into VOD post after it ends. Further, the Live 360 videos and even the regular 360-degree videos can currently not be casted via the app on television as of now. To recall, Live 360 videos were first launched back in December, and made available to all users in March.