Facebook leads an effort to deliver data to the developing world 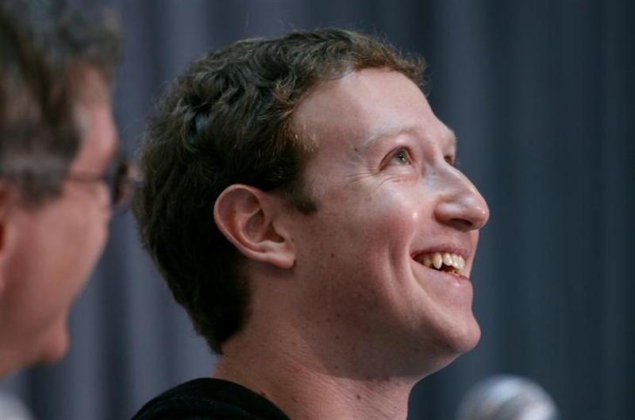 The project is entitled Internet.org and its goal is to extend Internet access to five billion people by cutting the cost of smartphone-based Internet services in developing countries.

"There is no guarantee that most people will ever have access to the Internet. It isn't going to happen by itself," Zuckerberg, the 29-year-old billionaire founder of the popular social network said in a statement.

"But I believe connectivity is a human right, and that if we work together we can make it a reality."

Other partners in the project are Finland-based Nokia, Sweden's Ericsson, Samsung of South Korea, US-based Qualcomm, MediaTek of Taiwan and Norway's Opera. US-based social networks Twitter and LinkedIn are also due to sign up.

Today some 2.7 billion people, just over a third of the world's population, have access to the Internet, and the number of new users is growing only slowly each year, organizers said.

"The goal of Internet.org is to make Internet access available to the two-thirds of the world who are not yet connected, and to bring the same opportunities to everyone that the connected third of the world has today," they said in a statement.

The seven founding partners are going to develop joint projects, share knowledge and mobilize governments and industry to bring the world online.

Specifically, they want to simplify mobile apps to make them more efficient and improve telephone components and networks so they perform better while consuming less energy.

Zuckerberg insisted in an interview with CNN that the project was not simply aimed at generating more customers.

"If we were just focused on making money, the first billion people we've connected have way more money than the rest of the next six billion combined. It's not fair but it's the way that it is," he said.

The partnership resembles one launched by Facebook in 2011 called Open Compute Project, which aims to improve the materials used in call centers and make them less energy-hungry.

That project was originally met with skepticism but has gradually won over the major players in the computer industry.

The latest plan marks an expansion in Zuckerberg's interest in public policy, months after he launched the advocacy group Fwd.us to lobby for US immigration and education reform along with support for scientific research.

The new thrust comes at a key time for tech groups. Mature markets are saturated, while poor regions have vast and growing reservoirs of potential new customers.

"The Internet not only connects us to our friends, families and communities, but it is also the foundation of the global knowledge economy," Zuckerberg said.

"By bringing everyone online, we'll not only improve billions of lives, but we'll also improve our own as we benefit from the ideas and productivity they contribute to the world."

His comments were echoed by heads of other companies taking part in the initiative.

"We are committed to shaping the Networked Society where everyone and everything will be connected in real time; creating the freedom, empowerment and opportunity to transform society,"Hans Vestberg, president and chief executive of Ericsson, said

MK Tsai, chairman of MediaTek, said: "Global Internet and social media access represent the biggest shift since the industrial revolution, and we want to make it all inclusive."