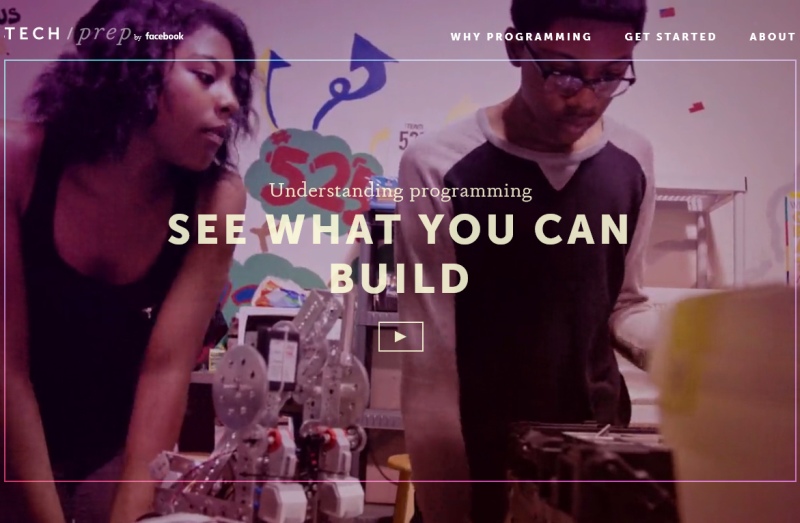 Facebook has launched a new portal geared towards women, students and their parents which have traditionally had less exposure to careers in coding as part of the company's push to increase minorities in technology.

TechPrep is also targeted at parents and guardians, and seeks to analogise coding skills with language skills to make the subject of computer science less forbidding and opaque.

The website resources in English and Spanish to help young people and their parents explore how to get started in computer science, the jobs available to programmers and the skills required to become a programmer.

But 77 percent of parents say they do not know how to help their kids pursue programming. That percentage is even higher for lower-income parents and parents who have not graduated from college.

Educating parents is a critical step in getting more young people into tech. Parents play a key role in encouraging women, Blacks and Hispanics to pursue computer science, the Facebook research found.

"Parents and guardians are influential figures in students' lives," Williams said. "By exposing people to computer science and programming and guiding them to the resources they need to get started, we hope to reduce some of the barriers that block potential from meeting opportunity."

Pre-Ordered Halo 5 Digitally? You May Have to Download 46.19GB Again
TataSky Looks to Get More Interactive Services on Board