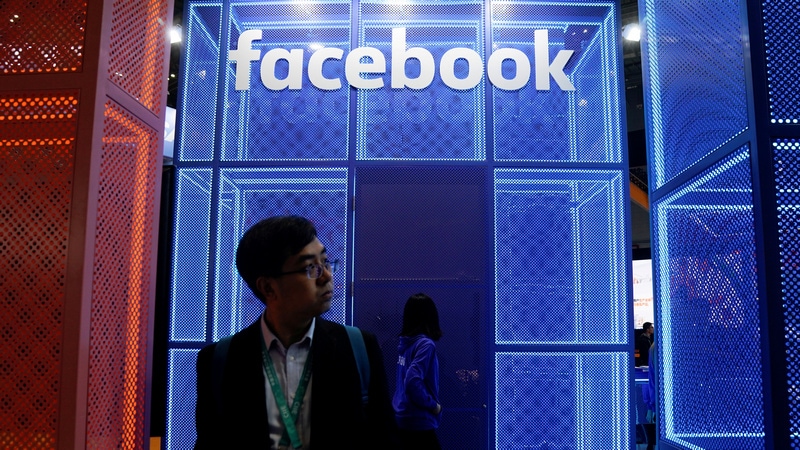 British lawmakers on Sunday accused Facebook of having "intentionally and knowingly violated both data privacy and anti-competition laws" in the country, and they called for investigations into the social media giant's business practices.

The sharp rebuke came in a 108-page report written by members of Parliament, who in 2017 began a wide-ranging study of Facebook and the spread of malicious content online. They concluded that the United Kingdom should adopt new regulations so lawmakers can hold Facebook and its tech peers in Silicon Valley accountable for digital misdeeds.

"Companies like Facebook should not be allowed to behave like 'digital gangsters' in the online world," UK lawmakers said in their report, "considering themselves to be ahead of and beyond the law."

Citing once-secret documents obtained during the investigation, UK leaders alleged that Facebook for years was willing to "override its users' privacy settings" as part of a broader campaign to maximise revenue derived from such sensitive information.

In the process, members of Parliament said, Facebook deliberately put its competitors at a disadvantage by limiting access to the site and users' valuable data. Lawmakers resolved that the UK government should investigate whether "Facebook is unfairly using its dominant market position in social media to decide which businesses should succeed or fail," the report said.

In a statement, Facebook said it had made considerable changes to its business practices and supported privacy regulation - but the company denied that it had broken laws in the country.

"While we still have more to do, we are not the same company we were a year ago," said Karim Palant, public policy manager for Facebook in the United Kingdom.

The call from Parliament for further scrutiny of Facebook adds to the tech giant's mounting legal and political woes globally, escalating the potential for fines and other penalties. There have been demands for additional probes throughout Europe, where regulators have new rules at their disposal promising strict punishments for companies that violate citizens' privacy. In the United States, Facebook is under investigation by the Federal Trade Commission, which is weighing whether the firm ran afoul of a 2011 agreement it brokered with the US government to improve its privacy practices. Both sides are in early talks about a new settlement that may require the tech giant to pay a multibillion-dollar fine.

"These last 12 months really have been a period of investigation and discovery," said Damian Collins, the UK lawmaker who leads the Digital, Culture, Media and Sport Committee in the House of Commons. "But I think the year ahead has to be a year of action."

In 2017, Collins' panel set out to study social media broadly - including data that companies, including Facebook, collect online and their approach to handling the rise of misinformation across the web. British lawmakers were particularly unnerved that Russian agents had weaponised Facebook and other online platforms to spread falsehoods during the US election in 2016 and the UK referendum on EU membership that same year. And many in Britain expressed horror after later reports about Facebook's entanglement with Cambridge Analytica, a political consultancy that improperly accessed data on 87 million users.

In response, Collins and his committee stressed Sunday the need for new regulations targeting social media, including rules that would require Facebook and other tech companies to take swift action to remove harmful or illegal content online. A similar law has been implemented in Germany and has been proposed elsewhere in Europe; in Britain, lawmakers used their report to endorse the idea of an independent regulator with powers to probe tech giants and issue "large fines" for those that don't comply.

"The big tech companies must not be allowed to expand exponentially, without constraint or proper regulatory oversight. But only governments and the law are powerful enough to contain them," UK lawmakers said.

Even under existing laws, however, British parliamentarians said, they believed Facebook repeatedly broke the rules.

UK lawmakers faulted Facebook for granting major companies - including Airbnb, Lyft, and Netflix - special access to data about Facebook's users and their friends in a way that may have been unclear to them. Facebook's leaders previously have said they were transparent about such practices, which date back to 2013. UK leaders learned about the arrangement through once-secret documents obtained from Six4Three, an app developer that has sued Facebook in the United States.

Those documents also reveal the thinking at Facebook as executives changed rules, beginning in 2014, to cut off developers' access to users' posts, photos, and other profile information. Early communications - from a period when Facebook sought to leverage the rise of smartphones - showed company officials discussing whether they should force some outside developers to purchase a certain amount in ads each year to access Facebook data.

UK lawmakers said the arrangement warrants a new probe by the country's top data-protection regulator, focused on "the practices of the Facebook platform, its use of users' and users' friends' data, and the use of 'reciprocity' of the sharing of data." Previously, Facebook has said it never sold users' information and that the documents don't fully reflect the company's deliberations.

Other records show how Facebook monitored its competitors, including Vine, the since-shuttered video-streaming app. Facebook CEO Mark Zuckerberg endorsed cutting off Vine's access to Facebook data, according to an email released by UK leaders. A newer set of documents, made public Sunday, evinces that Facebook executives had been concerned as early as 2011 about the company's approach to handling third-party apps, UK officials said.

In calling for privacy and antitrust investigations, Collins said in an interview Sunday that Britain planned to continue probing Facebook and other tech companies. He reiterated his threat to force Zuckerberg to testify before Parliament if he ever travels to Britain, a statement Collins first made after the Facebook executive repeatedly declined to appear at hearings last year.

Collins also pledged that he and his counterparts from nine countries - which signed an international pact to cooperate on social media regulation in 2018 - would gather again in May amid rising international frustrations with Facebook and other tech giants in Silicon Valley.

"We'll seek to look more widely at some of these ethical issues affecting technology companies," he said.

How to Sell Unused Gift Cards in India
Twitter Retains Old DMs Even After They Are Deleted: Report