The feature is in its testing phase and has rolled out in only two countries including India. 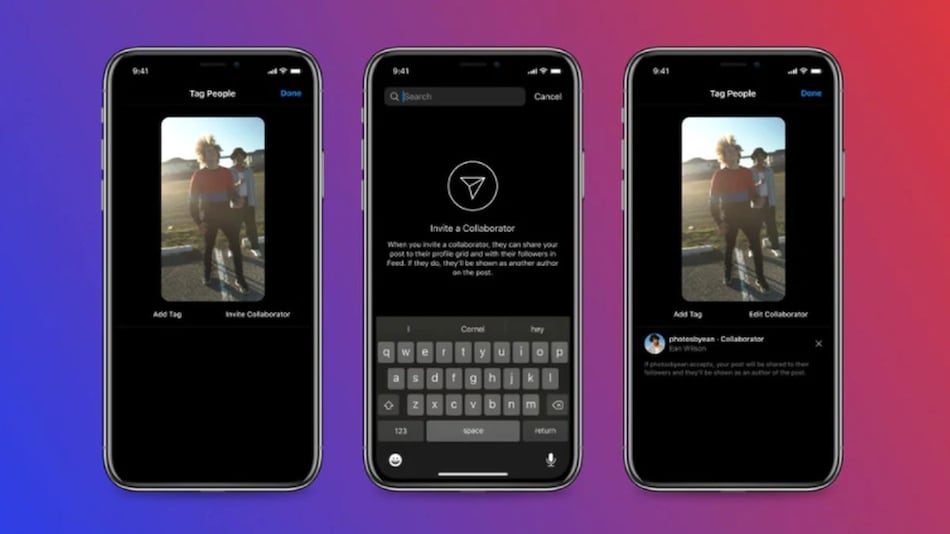 Instagram has announced the launch of a new feature called Collab, which is being rolled out in India. Using Collab, people can now invite another account to be shown as a collaborator on the feed posts or reels that they create, and the content will be shared to both sets of followers. India is one of the two countries where Instagram is testing the feature right now.

According to the Facebook-owned social media company, users can invite a collaborator to their posts and reels using the Collab feature. If they accept the invite, then the collaborator will be shown as an author and the content will be shared to their profile grid as well, increasing the audience for the content.

How can you use Collab?

The feature hasn't rolled out worldwide yet. If you are an Instagram user from India, check out following steps on how to use Collab:

Earlier in July, Facebook also announced its plan to spend $1 billion (roughly Rs. 7,450 crores) on social media creators through the end of 2022. The social media giant had announced that the investments will include bonus programmes to pay creators who hit certain milestones on its apps, including Instagram.