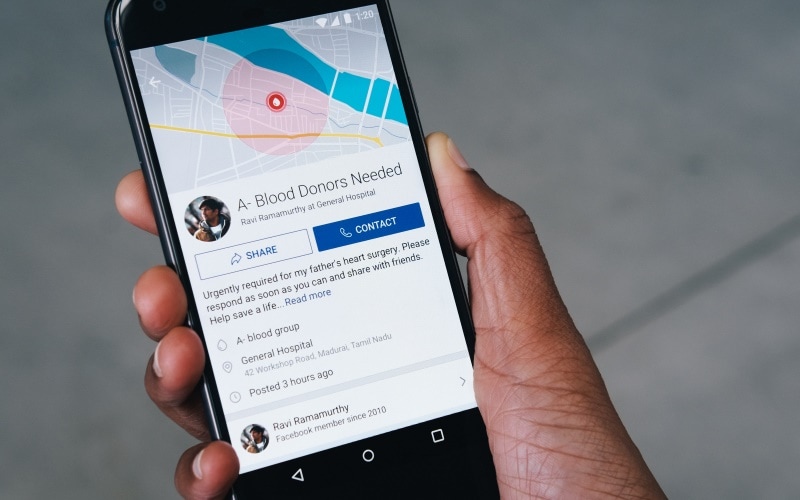 Facebook on Wednesday announced a new initiative to increase blood donations in India, by connecting donors with those in need - whether individuals or organisations like hospitals and blood banks. Citing the 'shortage of safe blood' in India, Facebook said users in the country already use the social network to reach out for donors. The company is looking to address both aspects of the issue, by helping people sign up to be donors, and helping others to reach out to them. To ensure the new features are useful, Facebook said it worked with non-profit organisations, health industry experts, and potential donors.

"We hope this new feature helps people come together in ways that weren't possible before. By raising awareness and growing the number of blood donors in India, we want to make it easier for people and organisations to give and receive blood," said Hema Budaraju, Product Manager, Health and Ritesh Mehta, Head of Programs, South Asia, in a blog post.

Starting with donation, the Facebook will launch a feature on Sunday, October 1, National Blood Donor Day that will allow users to sign up as blood donors. Users will be shown a message in their News Feed, or people can choose to sign up by editing their Profiles. The company says this information will be private by default, but users will have the option to display this donor status on their Profile. This new feature will initially be available only on Android and the mobile Web, which Facebook says are the most widely-used platforms in India.

For those individuals or organisations looking for blood, Facebook says in the next few weeks it will roll out the ability to create a "special type of post" that contains the information donors would need to offer help. Once the post is created, Facebook will notify registered blood donors who are nearby. Donors can either share the post and those who are interested in donating can choose to respond directly, using WhatsApp, Messenger, or a phone call. The recipient will not have access to any of the donor's information unless the latter shares it explicitly. More information for donors and recipients will be found at http://www.facebook.com/donateblood/.