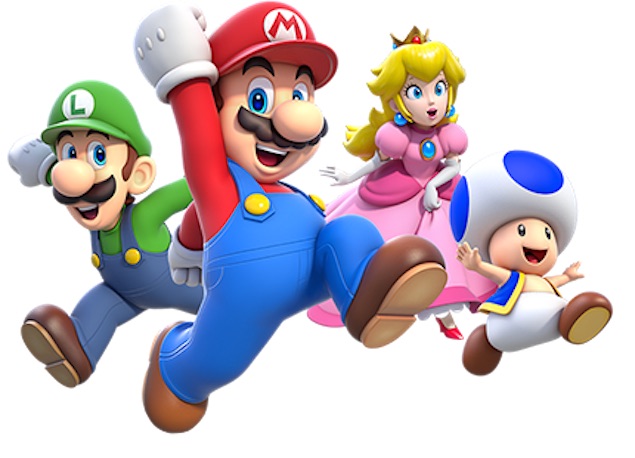 Amanda Maler wasn't even born yet when Nintendo's beloved Super Mario made his debut 30 years ago.

But, the playfully heroic video game character became fodder for fierce rivalry between Maler and her brother as children and she pounced on a chance to create a Facebook-infused level during a two-day hackathon at the social network's headquarters in the Silicon Valley city of Menlo Park.

Maler and fellow 20-somethings named their team "Move Fast and Brick Things" in a merging of a Facebook hacker-mindset motto "move fast and break things," with a reference to brick blocks that are well-known obstacles in Mario games.

"We are millennials and we grew up playing Mario," 23-year-old Facebook employee Maler said at the hackathon on Wednesday.

"We thought, 'Let's bring Facebook to Nintendo. Be bold.'"

More than 100 Facebook employees took part in a hackathon that sprang out of an invitation by Nintendo to create a level for a new "Super Mario Maker" game set for release on September 11.

The event sprang from a partnership in which the Japanese video game veteran gave Facebook early access to the game so the social network could create its own level of play.

Nintendo will mark the 30th anniversary of its iconic "Super Mario" franchise this year with the new game, which will let people create and share levels for play.

'Diabolical' minds
"Facebook has attracted some of the brightest minds in the tech industry who can come up with some of the most diabolical puzzles and who also like to push boundaries about what is possible," AJ Glasser, manager of the social network's games partnerships team, told AFP at the event.

"Pushing everything to the maximum fits well with what Mario Maker is trying to accomplish, which is re-imagining a game that is 30 years old."

Players have to be able to beat levels they create because "you can't just make people crazy," Krysta Yang of Nintendo of America told AFP at the hackathon.

"A game that lets you showcase your creativity is a perfect fit with the culture at Facebook," Yang said.

Some teams drew diagrams on graph paper, others worked on white boards, and there were those who opted to use sticky notes they frequently re-arranged.

The winning level will be available at Nintendo's online Miiverse social network for Wii U consoles.

Mario for millennials
"Mario kind of went away a little bit, and to bring it back to the next generation is pretty awesome," Maler said.

"For most of us, it is like being a little kid again," chimed 24-year-old teammate Lola Alli.

"Being able to make something you enjoyed where you were a kid is super exciting."

"If there is a secret to the longevity of Nintendo franchises, it is transformation," Nintendo of America president Reggie Fils-Aime said during an E3 presentation.

Xbox and PlayStation consoles from Microsoft and Sony, respectively, are known for immersive, action-packed games nearing film quality while Nintendo has built a devoted following for closely-protected franchises such as Mario and Legend of Zelda.