Facebook Allows Group Admins to Designate ‘Experts’ for Their Communities

Facebook Group experts will be able to host real-time question-and-answer sessions in a text-based format. 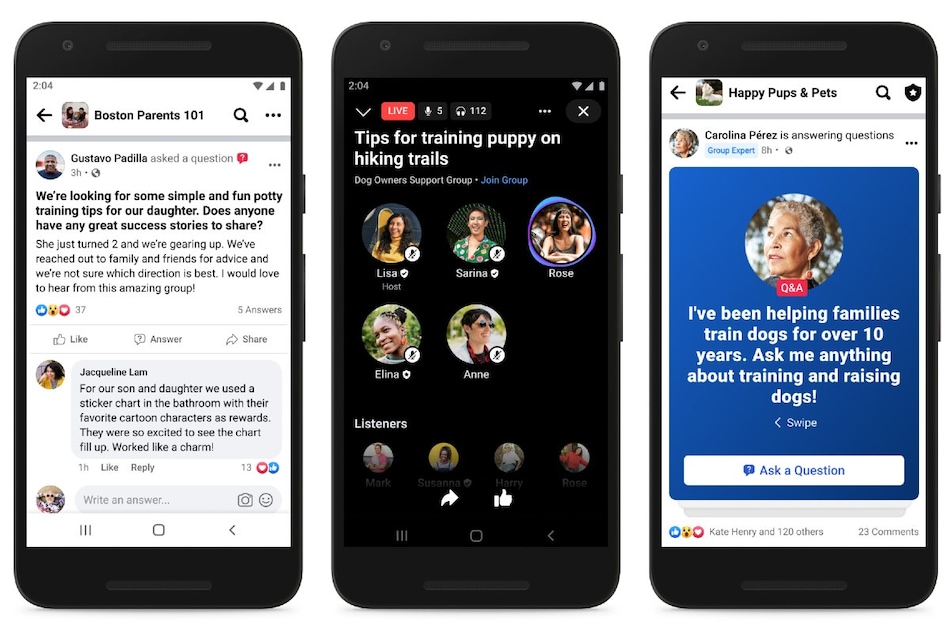 Facebook is updating groups on its platform with the ability to allow admins to designate specific group members as ‘experts.' These experts will have a particular ‘Group Expert' badge — just like how admins and moderators normally have on Facebook groups — to make them stand out from regular members. Apart from allowing admins to pick subject matter experts from their groups, Facebook is enabling them to look for experts who are not yet members but have expertise aligning with the group's interest.

As a result of the update, Facebook says that admins of “select” groups will now be able to pick specific members as experts who will, once accepted the new role, get the Group Expert badge next to their names in the group. This will make it easier for group members to look for informative posts and comments from specific people.

It is important to note that becoming a group expert doesn't introduce any additional features or grant you any control of that group separate from other members. However, Facebook notes that group experts will be provided with “ways to seek and share expertise beyond traditional posts and comments.” These will include the ability to host real-time question-and-answer sessions in a text-based format, create live audio rooms, and ask questions for group members.

Group admins will also get the option to look for experts beyond the members available in their groups. Facebook says that it has started to test the new option by giving some people in fitness and gaming the option to identify topics they're knowledgeable about, such as yoga or a specific game. Group admins will be able to discover these people by searching for these specific topics on Facebook and invite them to join as group experts.

The new move by Facebook is aimed to make groups a better place for people sharing similar interests. The social media site already has more than 70 million admins and moderators running active groups worldwide. Many of these groups have become a place to share knowledge and skills where subject matter experts could help to a large extent. The addition of experts would also give more time to group admins to mitigate serious issues such as misinformation and hatred within their communities.