Facebook Takes on Engagement Bait, Will Start Demoting It in News Feeds 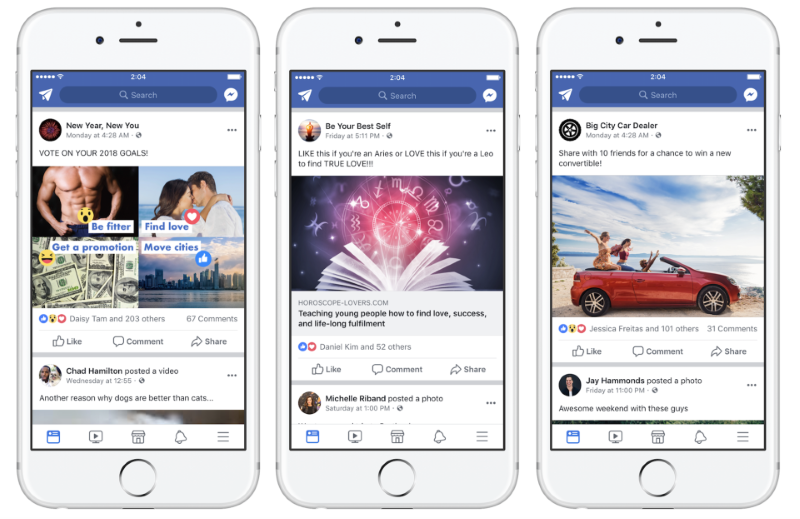 Facebook is finally taking stern action against "engagement bait", where publishers beg users to vote, like or share a post in the hopes of bumping it to the top of people's News Feeds by manipulating the social networking site's algorithms.

Such posts will neither be gone forever, nor be banned, but the California-headquartered company said it will now demote these posts in the News Feed.

Posts which prompt users to, for example "Tag a friend who likes to nap!", seem popular because they game Facebook's algorithms, which causes the company to prioritise those posts in more News Feeds.

Facebook Pages that repeatedly use these tactics will potentially get all of their posts demoted, the company announced in a blog post on Monday.

The company says posts that ask people for help, advice, or recommendations like raising money for charity or asking for travel advice won't be affected by the update.

Facebook reviewed and categorised hundreds of thousands of posts and taught a machine learning model to detect the different types of "engagement bait". The company says it will implement stricter demotions for pages that repeatedly bait engagement in a few weeks to give publishers time to adapt.

"Moving forward, we will continue to find ways to improve and scale our efforts to reduce engagement bait," Facebook said. "We want to reduce the spread of content that is spammy, sensational, or misleading in order to promote more meaningful and authentic conversations on Facebook," it said.

Facebook said that pages that repeatedly post "engagement bait" will see more "significant drops" in reach. The engagement-bait crackdown is not happening immediately, in order to give publishers time to reconsider their strategies.

"We will roll out this page-level demotion over the course of several weeks to give publishers time to adapt and avoid inadvertently using engagement bait in their posts," the company said.

Facebook is also making some exceptions for posts that ask people for help, advice, or recommendations. These include "circulating a missing child report, raising money for a cause, or asking for travel tips," the company added.