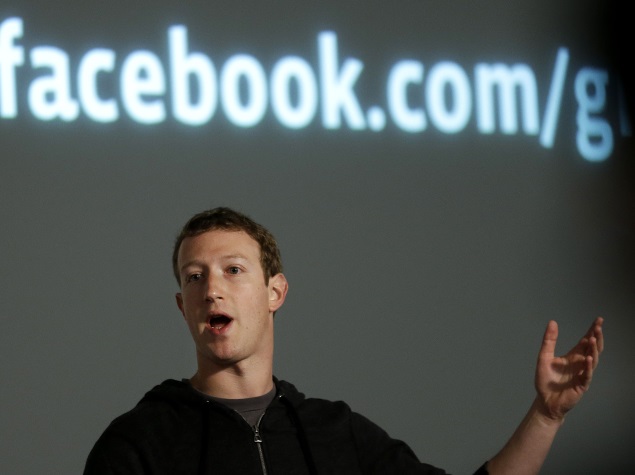 Facebook on Wednesday vowed to ease its "real names" policy that prompted drag queen performers to quit the social network and sparked wider protests in the gay community and beyond.

The huge social network, facing a planned street protest in San Francisco this week, apologized in a bid to quell the simmering dispute over its enforcement of the policy.

Facebook executives and representatives of the lesbian, gay, bi-sexual and transgender communities said they found a solution acceptable to both sides, allowing people to use assumed names, subject to verification.

Cox said Facebook would come up with improved tools to "authenticate" legitimate users such as those who sparked the protest.

"I want to apologize to the affected community of drag queens, drag kings, transgender, and extensive community of our friends, neighbors, and members of the LGBT community for the hardship that we've put you through in dealing with your Facebook accounts over the past few weeks," Cox said.

Protest becomes celebration
The agreement was expected to turn what had been a protest Thursday into a celebration, Transgender Law Center spokesman Mark Snyder told AFP.

"It was very clear that Facebook was apologetic and wanted to find solutions so that all of us can be our authentic selves online," Snyder said as he left the social network's campus in Menlo Park, California.

"We know there are going to be a series of bandages in the next few weeks before we are able to heal the wound."

Facebook has been invited to speak at the gathering, which is to take place at midday outside San Francisco City Hall.

Drag queens given word in recent weeks that their accounts using their stage names were at risk sparked a high-profile protest joined by activists, domestic violence victims and others who want to avoid having their real names on social network profiles.

The list of people understandably interested in using assumed names at Facebook goes far beyond drag queens to judges, social workers, teachers, entertainers, abuse victims and others, according to Snyder.

Cox said the practice of using real names at Facebook was intended to keep members safe by preventing bad people from masking their identities for malicious purposes and was never intended to deprive anyone of embracing identities by which they are publicly known.

"The stories of mass impersonation, trolling, domestic abuse, and higher rates of bullying and intolerance are oftentimes the result of people hiding behind fake names, and it's both terrifying and sad," Cox said.

"Our ability to successfully protect against them with this policy has borne out the reality that this policy, on balance, and when applied carefully, is a very powerful force for good."

A policy requiring Facebook users to be able to verify their identities by using US mail, or library cards, for example has been in place for more than a decade.

But controversy erupted several weeks ago after a Facebook member reported hundreds of accounts belonging drag queens, saying they were fake names, according to Cox.

Those reports were among several hundred thousand fake name reports processed weekly, with 99 percent of those being "bad people" doing things such as impersonation, bullying, trolling, domestic violence, scams, or hate speech.

Snyder said that solutions were proposed at the meeting with Cox and others from Facebook and that the transgender community would continue working with the social network on validating legitimate assumed identities.