If Donald Trump wanted to appeal the removal of his content, that could happen through the company's new Oversight Board, Sandberg added. 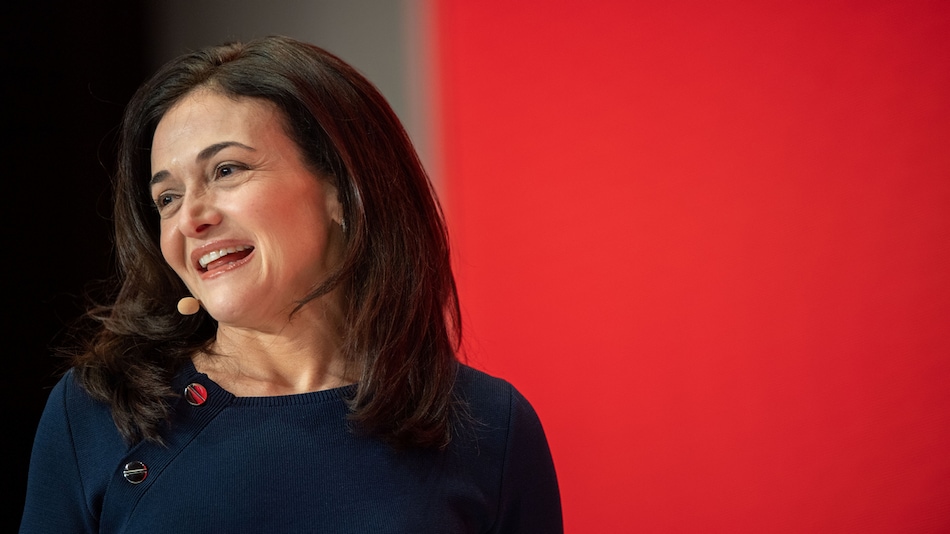 Facebook's operations chief Sheryl Sandberg said on Monday the world's largest social network had no plans to lift its block on the accounts of US President Donald Trump, as the company clamped down on a phrase that has become a rallying cry for the president's supporters.

Sandberg, speaking during the Reuters Next conference, said she was glad that Facebook had frozen Trump's accounts, which came as tech giants scrambled to crack down on his baseless claims about fraud in the US presidential election amid riots in Washington last week.

Hours later, the company banned the phrase "stop the steal" altogether, citing use of the term to organize events contesting the outcome of the US presidential election that have a propensity for violence.

If Trump wanted to appeal the removal of his content, that could happen through the company's new Oversight Board, she added. Facebook said Trump could not appeal the actual suspension through the board.

"This shows the president is not above the policies we have," Sandberg said, speaking with Reuters Breakingviews columnist Gina Chon.

Facebook executives have long taken a light touch to policing speech posted by politicians, maintaining that people have a right to see statements from their leaders.

The company backed down somewhat on that position and started applying labels to the president's posts after facing a backlash this summer, including an advertiser boycott, when it declined to act against Trump's incendiary rhetoric around anti-racism protests throughout the United States.

It reversed course and banned Trump indefinitely following last week's riots, which culminated in the storming of the US Capitol.

Violent rhetoric on social media platforms including Facebook had ramped up in the weeks preceding the rallies as groups planned openly for the gatherings, according to researchers and public postings, prompting criticism of the companies for failing to take action in advance.

Sandberg acknowledged that Facebook may have missed some of those posts but said she believed the events were largely organised on other platforms.

She said the company was keeping an eye on further possible armed protests being planned for Washington, DC and at all 50 US state capital cities in the run-up to President-elect Joe Biden's inauguration on January 20, which has prompted an FBI warning.

Asked why Facebook had not taken comparable action against other leaders like Brazilian President Jair Bolsonaro and President Rodrigo Duterte in the Philippines, who likewise have been accused of inciting violence online, Sandberg said the company's policies would apply globally.

Sandberg has played a less prominent public role at Facebook in the past year, even as CEO Mark Zuckerberg has thrown himself into the public sphere with a series of livestreamed chats and multiple sessions testifying before Congress.

The two have also faced questions about their future at Facebook following the mid-year return of Chief Product Officer Chris Cox, who had left the year prior citing vague differences over the company's direction.

Asked about the future for herself and Zuckerberg at Facebook, Sandberg said both were staying put in their current roles.

"I'm staying," she said, adding that she and Zuckerberg "feel we have a real responsibility to fix the systems that didn't work before to protect our service and to make sure great things can happen," Sandberg added.

Sandberg also denied reports that she had been sidelined as Zuckerberg took a more active role in content policy and government relations, her traditional areas of responsibility.

Sandberg said regulatory pressure on US tech companies around antitrust issues was "very real," cautioning similar scrutiny two decades ago was a "major distraction" for Microsoft and caused it to miss the next phase of technology development.

"We know that history, and we have to both work on these serious issues, work with the government, work on reforming the rules that govern us - which need to be reformed - and keep innovating," she said.

PayPal Blocks GiveSendGo Site That Helped Raise Funds for Those Who Attended US Capitol Violence
WhatsApp Clarifies on Privacy Policy Update Amid Criticism, Says No Effect on Individual Chats