Secret Crush is a feature that similarly to Tinder in terms of matching. 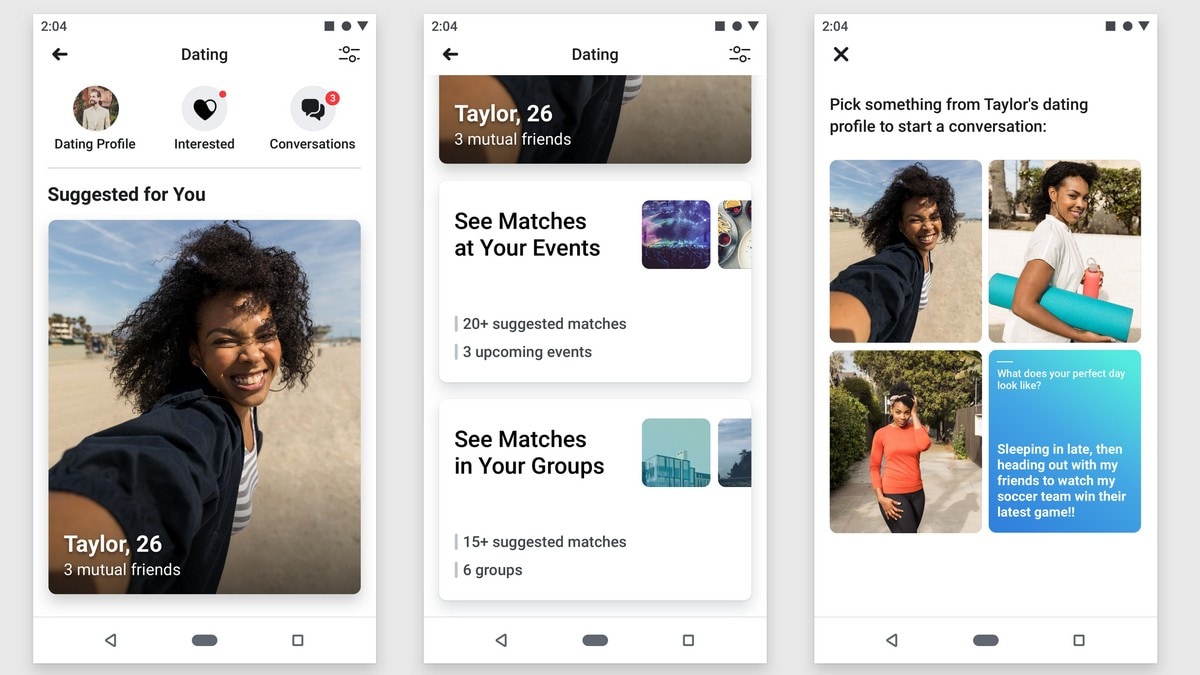 Facebook on Day 1 of the F8 developer conference had several announcements to make. Apart from a design overhaul of the main Facebook service, the company announced an expansion of Facebook Dating, a new feature called Secret Crush, new features for Instagram, a business catalogue to showcase goods on WhatsApp, as well as a number of changes on the Messenger front, including desktop apps for Windows and macOS, a way to watch videos together, and a faster, lightweight Messenger app for mobile.

The social networking giant announced that its Facebook Dating service, where users can opt in to discover potential matches within their own Facebook communities, such as events, groups, friends of friends, is being expanded to 14 new markets. Currently available in Argentina, Canada, Colombia, Mexico, and Thailand, the service was announced at F8 last year, with its first test in Colombia.

The company at F8 also introduced a feature called Secret Crush for Facebook Dating. “People have told us that they believe there is an opportunity to explore potential romantic relationships within their own extended circle of friends,” Facebook said in a blog post following the keynote on Tuesday. It said Secret Crush will let users select up to nine of their Facebook friends who they want to express interest in. If their ‘crush' has opted into Facebook Dating, they will get a notification saying that someone has a crush on them. If their crush adds the user to their Secret Crush list, it will be “a match” – similar to how Tinder works.

Secret Crush lists will be private, Facebook added, so if a user's crush isn't on Dating, doesn't create a Secret Crush list, or doesn't put the user on their list, “no one will know that you've entered a friend's name.”

"As the world gets bigger and more connected, we need that sense of intimacy more than ever. That's why I believe that the future is private. This is the next chapter for our services," said Zuckerberg during his keynote.