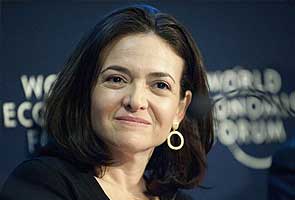 Facebook Inc Chief Operating Officer Sheryl Sandberg and two other executives at the social networking company sold millions of dollars worth of stock this week as restrictions on insider trading expired.

Sandberg netted about $7.44 million by selling roughly 353,000 Facebook shares on Wednesday, according to a filing with the SEC on Friday. Sandberg still owns 18.1 million vested shares of Facebook stock, according to the filing.

Facebook General Counsel Theodore Ullyot and Chief Accounting Officer David Spillane also sold millions of dollars worth of shares this week, according to filings. All the Facebook executives' sales were part of pre-arranged stock trading plans.

The sales are the first by Facebook's senior management following the company's high-profile initial public offering in May.

The world's No.1 online social network became the only U.S. company to debut with a market value of more than $100 billion, but has seen its value plunge more than 40 percent since then on concerns about its long-term money-making prospects.

Shares of Facebook, which were priced at $38 in the IPO, closed Friday's regular session down 3 cents at $21.18.

The flood of shares set to hit the market as insider trading "lock-up" provisions expire in several phases have added to the pressure on Facebook's stock.

Facebook's 28-year-old chief executive, Mark Zuckerberg, has committed to not sell any shares before September 2013.

Ullyot sold slightly more than 149,000 shares on Wednesday and Thursday, collecting $3.13 million. Ullyot has an additional 1.27 million in vested shares.

Spillane sold 256,000 shares on Wednesday, more than half of his vested shares, for proceeds of $5.4 million. Spillane had more than 863,000 Facebook shares, including unvested shares, according to a filing in May.