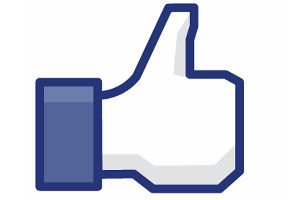 Highlights
Facebook Inc, preparing what would be Silicon Valley's largest IPO, has picked Nasdaq over the New York Stock Exchange for its listing in a major victory for the technology-laden U.S. bourse, a source familiar with the situation said on Thursday.

One of the most coveted stock listings in recent years, Facebook's choice of its future exchange translates into a relatively small sum in annual listing fees. But it bestows major bragging rights on Nasdaq OMX Group Inc, already home to the likes of Apple Inc and Google Inc.

The world's largest social network, with more than 800 million users, is aiming to raise $5 billion or more in an initial public offering expected in May.

Facebook's impending debut has whipped up an investor and media frenzy that recalls the go-go days of the first dotcom boom. The social network that began as a dorm room project for Harvard dropout Mark Zuckerberg has vaulted to Silicon Valley's top tier within eight years.

Its listing decision deals a blow to NYSE Euronext, which has waged an aggressive battle for marquee tech names in past years.

A major push by listings chief Scott Cutler, who frequently flies out for meetings in Silicon Valley, succeeded in snagging LinkedIn Corp and Pandora Media Inc in 2011.

In 2011, NYSE Euronext hosted 44 percent of technology IPOs in the United States, bringing 19 new listings to the market and ranking first globally in IPO proceeds raised.

So far this year, the bourse has listed about 63 percent of qualified technology IPOs, and about 60 percent of all qualified transactions.