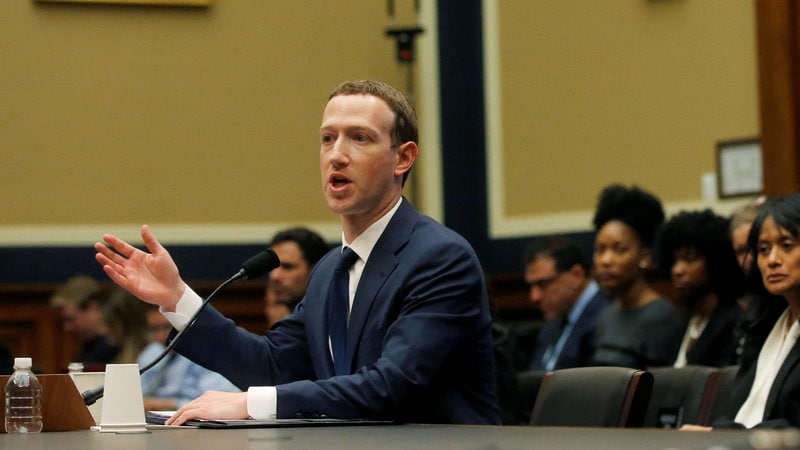 Facebook said Zuckerberg will meet members of parliament Hildegarde Naughton, James Lawless and Eamon Ryan to discuss "a range of policy issues" whilst in Dublin.

All three are members of Ireland's parliamentary communications committee, also standing as the nation's representatives on the International Grand Committee on Disinformation and Fake News.

The meeting comes after Zuckerberg broke with years of convention among internet giants on Saturday, calling for governments to play a "more active role" in regulating the online sphere.

Lawless told RTE Morning Ireland the 34-year-old was on a "charm offensive" and would now be challenged to act on his words.

"One of the big issues is - is he acting in good faith?" Lawless said.

"We need to say, 'Put your money where your mouth is'".

Political advertising is set to be a livewire issue in the talks - with European elections upcoming and ongoing controversy over its role in the Brexit vote.

"We know there's dark money on many advertising campaigns on Facebook, on our social media, pushing that outcome at the moment," Lawless said.

In a weekend op-ed published by The Washington Post Zuckerberg said he would welcome fresh internationally coordinated regulation in four areas: harmful content, protection of elections, privacy and data portability.

The California-headquartered firm has recently faced criticism for publishing hate speech, failing to block the live streaming of the attacks on New Zealand mosques and concerns over its handling of personal data.

But Lawless said debate over Facebook's self-designation as a platform rather than a publisher would be "core to the discussion".

During his visit Zuckerberg will also visit the firm's Dublin offices - the site of Facebook's international headquarters.