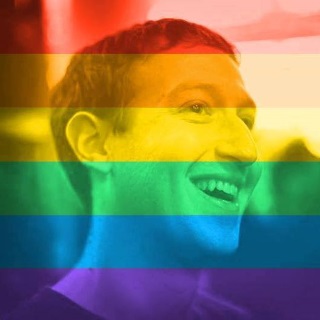 Facebook has introduced a new feature that lets users show off their support for marriage equality by superimposing a rainbow over their profile picture.

CEO Mark Zuckerberg personally announced the Celebrate Pride tool on his personal page following the US Supreme Court's ruling that same-sex couples have the constitutional right to marry.

In another post Zuckerberg said, "Our country was founded on the promise that all people are created equal, and today we took another step towards achieving that promise. I'm so happy for all of my friends and everyone in our community who can finally celebrate their love and be recognised as equal couples under the law. We still have much more to do to achieve full equality for everyone in our community, but we are moving in the right direction."

Facebook's new tool allows users to superimpose a rainbow over their profile picture with a click of a button, and let them express their support for the LGBT community.

Other IT bigwigs such as Apple, Google, Uber and Salesforce too have voiced their support for gay marriages on social media channels throughout the day.

On Twitter, you can automatically make a tiny rainbow heart appear in your tweet by including the #LoveWins hashtag.