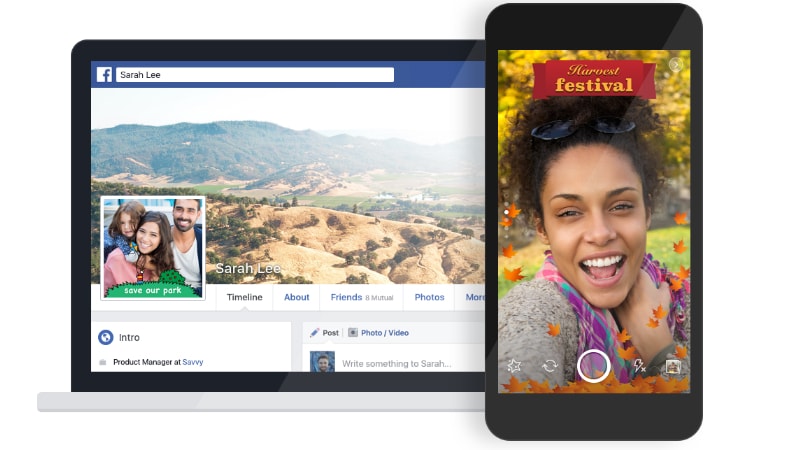 Facebook has introduced a new feature that lets you add and design a frame for your photos and videos. The social giant has launched a new Camera Effects Platform that allows users to create new frames from scratch, and then use them while uploading profile photos and videos on Facebook via the mobile apps.

This is Facebook's latest move that apes Snapchat features. Recently, Facebook introduced a Snapchat-like Android app in Brazil called Flash. The company has also been reportedly testing several feature inspired by Snapchat - like Discover and Camera effects and Masks. Facebook also introduced the ability to add emoji, draw, write text, and add filters while taking a photo from the in-app camera.

Now, the Camera Effects Platform looks to add creative frames to photos based on location and events - similar to what is seen on Snapchat (called custom Geofilters). Facebook's new platform allows users to create frames for specific locations, events, or just generic frames for everyone to use. While creating the frames, you will have to follow these guidelines, and then submit it to Facebook for review. The social giant claims that the review typically takes up to a week. Once the frame is approved, all users can then use this frame while uploading a profile photo or video on Facebook.

These frames are available through the in-app camera on Facebook, and this feature is active currently in select regions only (not available in India yet). Facebook also allows frame creators to see stats like the number of times people used their frame. Facebook-owned Instagram also borrowed Snapchat's popular disappearing messages features, and launched Instagram Stories recently.