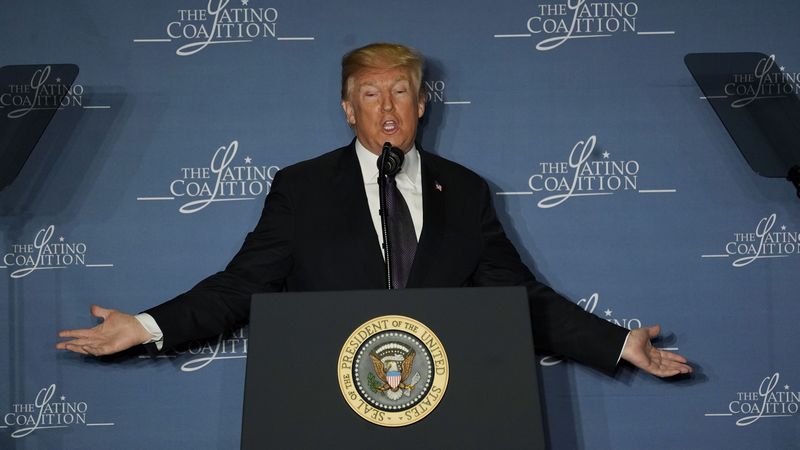 Facebook is suspending the Trump-affiliated data analytics firm Cambridge Analytica, after learning that it failed to delete data that it had taken inappropriately from users of the social network, Facebook said late Friday.

Cambridge Analytica, a firm specializing in using online data to create voter personality profiles in order to target them with political messages, ran data operations for Donald Trump's presidential campaign. The company was funded by Trump supporter and hedge fund billionaire Robert Mercer, and former Trump senior adviser Stephen Bannon once sat on its board. The company, which began working for the Trump campaign in June 2016, promised that its so-called "psychographic" profiles could predict the personality and political leanings of every adult in the United States.

The analytics firm was asked in December to turn over internal documents to Special Counsel Robert Mueller, as part of the investigation into collusion between the Trump campaign and Russia during the 2016 election.

The Facebook members gave their consent for Kogan to access information such as the city they set on their profile, the content they had liked, as well as some limited information about friend groups and contacts. Kogan then broke Facebook's policies and passed the information to Cambridge and to Wylie. Facebook learned about Kogan's activities in 2015.

The company removed Kogan's app at the time and demanded certifications from Kogan and Cambridge, and Wylie, that the information he had shared had been destroyed. Cambridge Analytica, Kogan and Wylie all certified to Facebook that they had done so. But Facebook said it received reports several days ago that the data was not deleted.

"We are moving aggressively to determine the accuracy of these claims," the company said. "If true, this is another unacceptable violation of trust and the commitments they made. We are suspending SCL/Cambridge Analytica, Wylie and Kogan from Facebook, pending further information."

Cambridge Analytica did not respond to immediate requests for comment.

The company's methods of data collections have been criticized by other researchers. "Cambridge Analytica overstates their capabilities because they play in the shadows. They willingly cheat and ignore privacy rules and data ethics in order to win," said social media analyst Jonathan Albright, research director of the Tow Center for Digital Journalism at Columbia University.