The company will remove any accounts, pages, groups and events associated with the banned individuals. 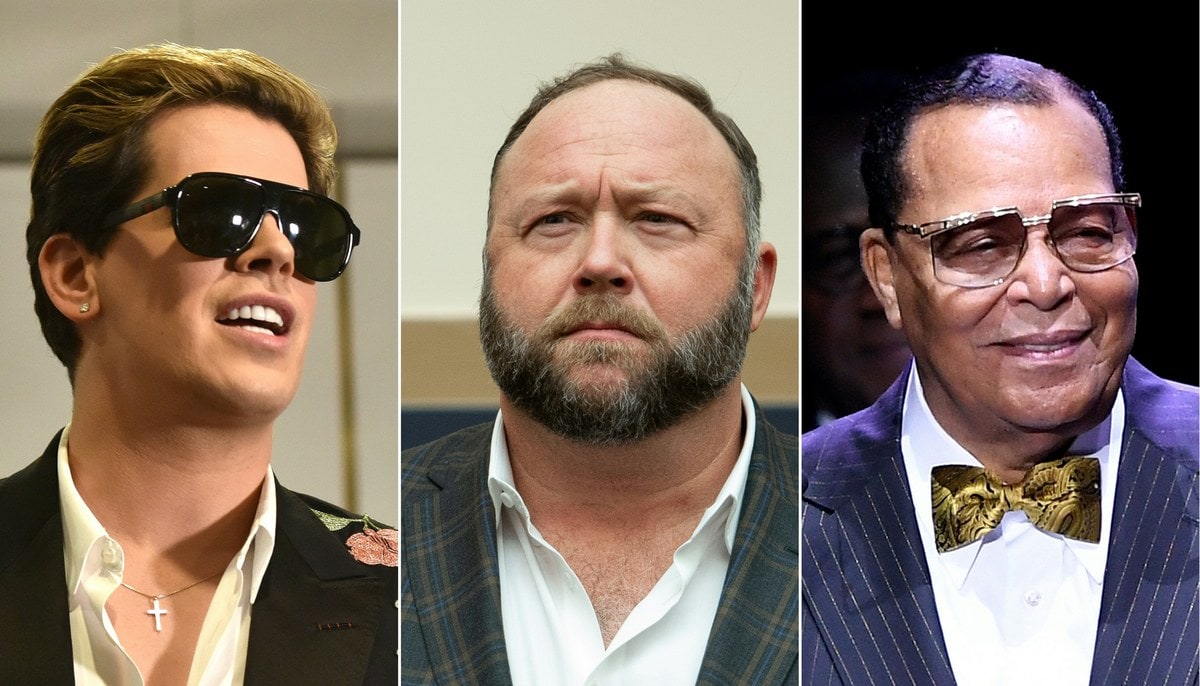 Facebook said on Thursday it was banning Alex Jones and other controversial US political personalities for violating the social media company's policies on "dangerous individuals and organisations."

Most of the individuals whose accounts are being removed are popular figures on the far right, including commentators Milo Yiannopoulos, Laura Loomer and Paul Joseph Watson.

Facebook also said it is banning Paul Nehlen, an avowed white supremacist who ran for Congress in 2018, and Nation of Islam leader Louis Farrakhan, who has preached black separatism and referred to Jews as "termites."

The company will remove any accounts, pages, groups and events associated with the banned individuals, both on its core social network and its photo-sharing app Instagram. It says it bans any users who promote violence or hate.

However, Facebook stopped short of prohibiting other users from praising or supporting the banned individuals on its platforms, as it has done for militant groups like Islamic State and al-Qaeda in the past.

Hours after his account disappeared, videos of Louis Farrakhan were still visible on Instagram among the 17,000 posts with the hashtag #louisfarrakhan, including a video where he defends his descriptions of Jews.

"If it is truth, then it is not anti-Semitic," he says in the clip.

Facebook announced the ban before removing the affected accounts, giving the account owners time to redirect their thousands of followers to other channels before the accounts disappeared, as captured in screen shots by BuzzFeed journalist Ryan Mac.

Alex Jones, who has promoted conspiracy theories about the Sandy Hook school shooting and hosted Proud Boys founder Gavin McInnes on his show, quickly opened a new account and live-streamed himself talking about the ban, CNBC reported.

Infowars, the website run by Jones, posted a response saying that the ban "... amounts to editorial control over user content - and a donation in kind to the 2020 Democratic presidential candidate."

Haphazard enforcement
Social media companies have an uneasy history with voices on the far right, struggling for years to decide how to handle extremist content even as its purveyors used the services to amass followers and catapult themselves into the mainstream.

The result has often been haphazard enforcement of policies: Facebook removed pages associated with Jones and his Infowars website starting last year, but left up his personal profile, for example.

The companies have faced backlash over their suspensions of accounts from conservatives, who accuse them of censorship and bias. Civil rights groups say social media giants have failed to confront extremism.

Facebook says it enforces its rules without prejudice. It tightened those policies further last month with a decision to ban praise, support and representation of white nationalism and white separatism.

"We've always banned individuals or organisations that promote or engage in violence and hate, regardless of ideology. The process for evaluating potential violators is extensive and it is what led us to our decision to remove these accounts today," the company said in a statement.

Liberal media watchdog group Media Matters for America praised the move, saying it inspired "some optimism that [Facebook] might be capable of taking responsibility for the ways its platforms have empowered extremists."

Facebook Settlement With US FTC Likely to Include WhatsApp: Report
Asus ZenFone 6 Teased With Bezel-Less, Notch-Less Display Design Ahead of May 16 Launch