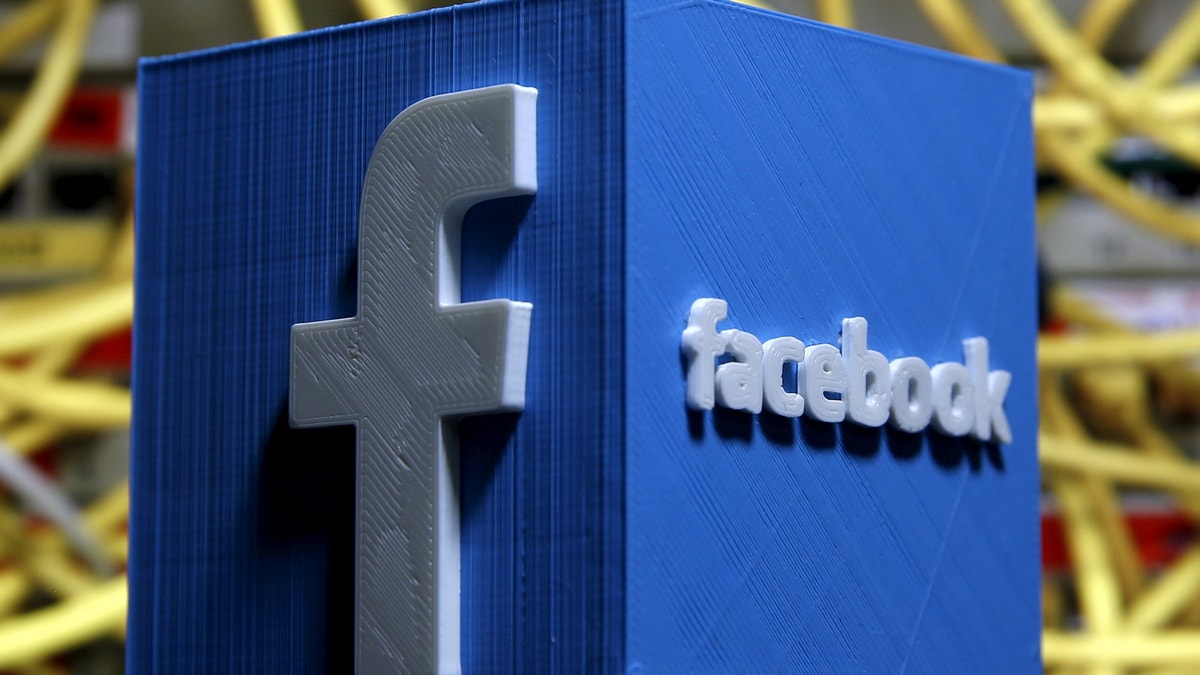 Facebook on Wednesday blew past Wall Street profit estimates in the first quarter and set aside $3 billion (roughly Rs. 21,000 crores) to cover a settlement with US regulators, calming investors who had worried about the outcome of a months-long federal probe.

Shares of the world's biggest online social network jumped more than 10 percent to $200.50 (roughly Rs. 14,000) in after-hours trade. They have now regained much of the ground lost last year amid slowing growth and costs associated with the company's privacy scandals.

The settlement accrual, which Facebook set at $3 billion but said could rise as high as $5 billion, cut the company's net income in the first quarter to $2.43 billion, or 85 cents per share.

Excluding the charge, Facebook would have earned $1.89 a share, up from $1.69 in the year-ago quarter and easily beating analysts' average estimate of $1.63 per share, according to IBES data from Refinitiv.

"This is a strong report suggesting that advertisers still see value in Facebook's platform, as they did before the controversies and scandals erupted," said Haris Anwar, senior analyst at financial markets platform Investing.com.

Monthly and daily users of the main Facebook app were both up 8 percent compared to last year, to 2.4 billion and 1.6 billion, respectively, in line with forecasts.

Total expenses in the first quarter were $11.8 billion, including the settlement accrual, up 80 percent compared with a year ago as the company hired content moderators and invested in new security controls to make its social networks safer.

Executives said in a conference call with investors that they expected expenses to grow 47 to 55 percent this year, updating their earlier forecast of an increase of 40 to 50 percent.

The first-quarter operating margin fell to 22 percent from 46 percent a year ago, but would have been a comfortable 42 percent without the one-time expense.

Biggest penalty
The US Federal Trade Commission has been investigating revelations that Facebook inappropriately shared information belonging to 87 million of its users with the now-defunct British political consulting firm Cambridge Analytica. The probe has focussed on whether the sharing of data and other disputes violated a 2011 agreement with the FTC to safeguard user privacy.

A settlement of between $3 billion and $5 billion would be the largest civil penalty ever paid to the agency, said David Vladeck, a former FTC official who is now a professor at Georgetown Law School.

"Everyone expected there would be a substantial civil penalty in this case," said Vladeck. "There's no question that Facebook is going to have to settle this matter. Investors want this behind them."

Even once the FTC probe is resolved, other challenges remain. The number of Facebook users barely budged in the United States, Canada and Europe, indicating saturation in the company's most lucrative markets.

Its largest and fastest-growing user base is now in Asia, where monthly active users jumped 12.4 percent from last year. The region represents nearly half of all Facebook users, but brought in less than a fifth of the company's revenue.

That shift in geography, along with slow advertiser adoption of new services like Stories, resulted in a 4 percent decline in the average price per ad in the first quarter.

Facebook plans to shift focus toward private communications, integrating its messaging services across Facebook, Instagram and WhatsApp, but has not yet articulated how it will adapt its advertising-driven business model.

The company launched a sales system last month that enables users to purchase products directly on Instagram and is testing a WhatsApp payments system in India that it plans to roll out to other countries, Chief Executive Mark Zuckerberg said.

"In countries where we already are the leading platform there will be more ability to work on things like payments in the near term and build in additional ways that people want to interact privately," he said. But the services would not be a "major driver" of Facebook's business for at least a couple of years, he said.

Facebook also faces the prospect of action by lawmakers, with some calling for federal privacy regulation and anti-trust action to break up big tech companies.

Representative David Cicilline, who chairs the US House of Representatives Judiciary Committee's subcommittee on antitrust issues, said on Twitter that Facebook was "a repeat offender" and called for an FTC response "strong enough to prevent future violations."