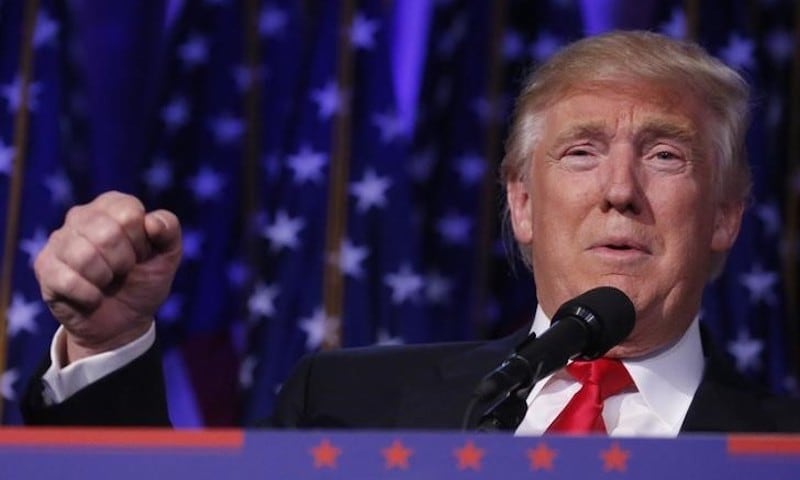 Soon after critics blamed social media giant Facebook for influencing the US-elections in favour of President-elect Donald Trump by circulating a "host of fake news stories about political topics", Trump has now said the platform helped him secure victory.

Facebook has been denying its role in making Trump the 45th President of the US but that position is harder to maintain as Trump said on CBS' 60 Minutes programme on Sunday: "The fact that I have such power in terms of numbers with Facebook, Twitter, Instagram, etc."

"I think it helped me win all of these races where they're spending much more money than I spent. I think that social media has more power than the money they spent," The Verge quoted Trump as saying.

According to the report, social media privileges were taken away from the President-elect just prior to the election - before being restored a short time later - but regular tweeter Trump seems very aware of his follower numbers on networks like Twitter and Facebook.

(Also see: US Election Night Was a Rare Bright Spot for Twitter)

Trump specified that he has more than 28 million followers across various social media platforms, and said that he was getting more each day.

"Twitter, Facebook, and the like are great form[s] of communication. I'm not saying I love it, but it does get the word out. When you give me a bad story or when you give me an inaccurate story," Trump said.

Trump also said that despite the power he has now, he would limit the use of social networks.

Recently, critics said that hoaxes and misinformation were showing up frequently in Facebook's "Trending Topics" section and that fake news was also a problem in the main News Feed.

Vivo V5, V5 Plus Specifications Leaked Ahead of Tuesday's Launch