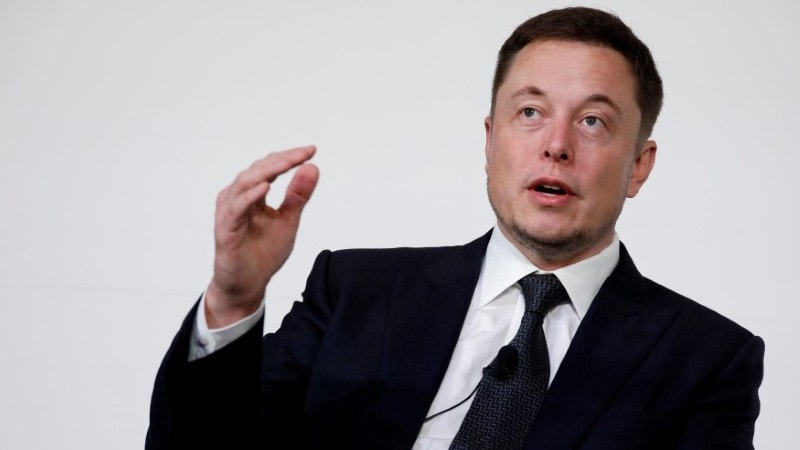 The Silicon Valley engineer and billionaire was briefly seen in Thailand last week, hauling a miniature submarine to the mouth of the cave just before an international dive team rescued the boys without it.

Since then, he has been arguing with people who accuse him of shoehorning himself into the drama and imagining hypotheticals in which rescuers had not deemed his hastily built submarine unnecessary and impractical.

This has, inevitably, led Musk into a rhetorical war with people who actually participated in the rescue operation - a war that he drastically escalated on Sunday morning, when he called one of the cave explorers a "pedo."

If you're already acquainted with Musk and his bizarre entanglement with the Thai cave story, you may skip to the end of this report for a fuller accounting of his baseless paedophilia accusations.

If not, a summary of man and cave follows.

Musk - briefly - is a person who co-founded the e-commerce site PayPal, who later built rocket ships through SpaceX and electric cars through Tesla, and who is alternately hailed as a visionary or derided as a showboater for pitching ideas to begin colonising Mars next decade, or build highways under Los Angeles, or create a website to rate the credibility of journalists who report on problems at his electric car company.

The cave saga, on the other hand, was a massive, weeks-long operation to rescue a boys soccer team from a flooded tunnel system, an effort led by the Thai government, carried out with the help of British divers, and watched obsessively by much of the world.

It really had nothing to do with Musk - until one of his Twitter fans suggested, a week and a half into the operation, that he build an invention to help get the boys out.

As The Washington Post has already chronicled, Musk accepted the challenge with "a lengthy, live brainstorming process on Twitter," which ended when he travelled to Thailand with a miniature submarine made from rocket parts, tweeted some photos of the cave, left the device there and went home.

Hours later, a dive team sans submarine began extracting the children - ultimately successfully. And while Musk's fans lauded his intentions, his submarine drive-by also became the butt of many jokes.

The mockery was fuelled, in part, by reports that top rescue officials had considered Musk's submarine impractical for the cave's tight-winding passages.

As Ohlheiser wrote, Musk soon "started a Twitter argument over how much credit he deserved for offering to help save the youths," during which argument he showed off an email of himself corresponding with one of the British divers and incidentally claimed that the Thai official in charge of the rescue had not been in charge.

Then, three days after the rescue operation was completed, CNN posted an interview with a British spelunker who had helped locate the boys. That spelunker, Vernon Unsworth, called Musk's submarine "a PR stunt."

"He can stick his submarine where it hurts," Unsworth told CNN. "It just had absolutely no chance of working. He had no conception of what the cave passage was like."

Like other critics, Unsworth noted that the flooded tunnel was extremely narrow and twisted. "The submarine, I believe was about five, six feet long. Rigid," he said. "So it wouldn't have gone around corners or around any obstacles. It wouldn't have made it the first 50 meters."

Unsworth concluded this portion of the interview by claiming that Musk had been quickly asked to leave the cave during his much-tweeted-about visit.

The interview spread through the weekend - until a Twitter user baited Musk into responding to it, just as he had been lured by another fan into devising his submarine.

In a series of tweets that Musk appears to have deleted while this article was being written, he claimed that he had been repeatedly asked by rescuers to build the sub. He wrote that he was escorted into the cave by Thai Navy SEALS - "total opposite of wanting us to leave."

He said he had not seen Unsworth - whom he dismissed as "this British expat guy who lives in Thailand" - during his brief guided tour of the cave system and suggested that, therefore, Unsworth had not actually participated in the rescue operation. (He absolutely and crucially had, per CNN.)

Furthermore, Musk insisted that his submarine (designed in consultation with "cave experts on the Internet," he wrote) would have worked. He bragged that he would one day pilot it through the now child-free cave system as proof.

And midway through his rant, for some inexplicable reason, he accused Unsworth of sex crimes.

"Sorry pedo guy, you really did ask for it," Musk wrote, clarifying in a follow-up tweet that he meant "the Brit expat diver" was a paedophile.

Generally confused, some Twitter followers guessed that Musk was dubiously linking Unsworth (who has been mapping the Tham Luang caves for a decade) with Thailand's epidemic of child sex tourism.

"Bet ya a signed dollar it's true," Musk wrote late Sunday morning, a few hours before he deleted his tweets - too late to avoid yet another deluge of public criticism.