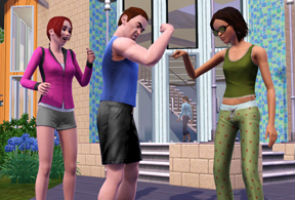 EA made the announcement on the sidelines of the Electronic Entertainment Expo, the video game industry's annual conference, known as E3.

The move for the maker of major shoot-'em-up console games highlights the explosive growth of games like Zynga Inc.'s "FarmVille."

EA expects most of the growth in the global gaming industry next year to come over digitally delivered games. It says about $2 billion is now spent on so-called social games annually.

"Sims" players on Facebook will be motivated through creating rivalries, friendship and romance. In-game micro-transactions are expected to generate revenue. EA did not give a release date but said it has been developing the game for about a year.
Comments