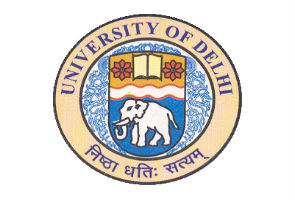 Highlights
With a new 'no-forms' procedure set to come into play, the Delhi University has introduced a dedicated Facebook page and a special email id to reach the Vice Chancellor, in addition to telephonic helplines for aspirants.

The University entered its frantic admission season today with sale of forms beginning for St. Stephens College. The sale of information bulletin will begin from May 28.

The University, which this year has decided to do away with the pre-admission forms, has asked students to directly reach the colleges once the cut-off marks are announced.

"Despite the media carrying prominently details of the new admission policy, students still appear to be confused about how things will go about without pre-admission forms. We are receiving queries in loads," Dean Students' Welfare J M Khurana told a pre-admission press conference here today.

He said the telephonic helplines for students have already started functioning and the University's Facebook page will be available for students from next week.

"Students will be able to access our Facebook page from Monday and during the admission season they can also post their problems on vcforstudents@du.ac.in," he said.

The special email id has been exclusively created so that students can reach the Vice Chancellor directly if they encounter problems.
Comments