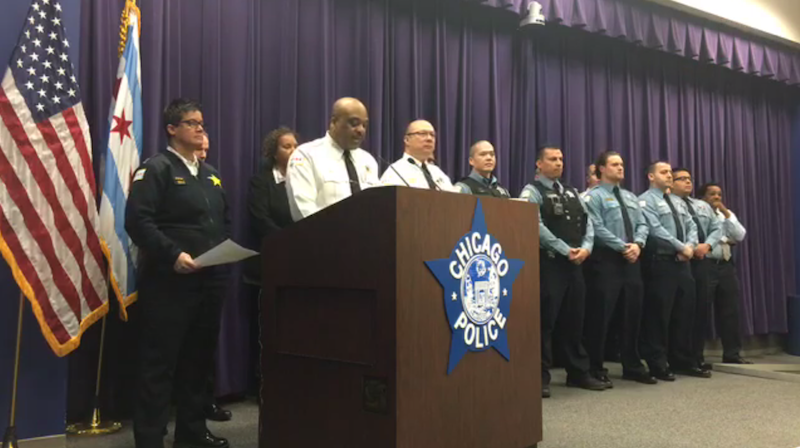 Chicago police have arrested a 14-year-old boy and expect to charge a second youth in connection with the sexual assault of a teenage girl by multiple young men that was seen on Facebook Live in March, officials said on Sunday.

An arrest warrant has been issued for a 15-year-old boy, and several people are expected to face charges in the incident, police told reporters.

"The young men responsible, they should be ashamed of themselves," Chicago Police Superintendent Eddie Johnson said. "Now they are going to be held accountable."

He said many details could not be disclosed, citing the sensitivity of the case and the fact that some of the offenders are juveniles.

At least one adult was also involved, authorities added at a news conference.

Officials said the girl had been lured to the residence where she was assaulted and not allowed to leave.

The girl's mother had approached police after an unrelated news conference and shown them images of her daughter being assaulted by five or six young men.

The mother said the girl's uncle had told her about a video on Facebook Live that showed the assault. The high school freshman had gone to the store and her mother became concerned when she did not return.

The incident was among several in recent months in Chicago in which the social media site played a role in broadcasting apparent crimes.

The shooting death in February on the city's West Side of a 2-year-old boy was captured on Facebook Live by his aunt, who was also shot. In January, an attack by four people on a 19-year-old man with special needs was partially broadcast on the social media site. The four accused in the attack have pleaded not guilty.