Having been beaten by Virgin Galactic to launch the space flight, Blue Origin appears miffed and is starting a Twitter war of supremacy 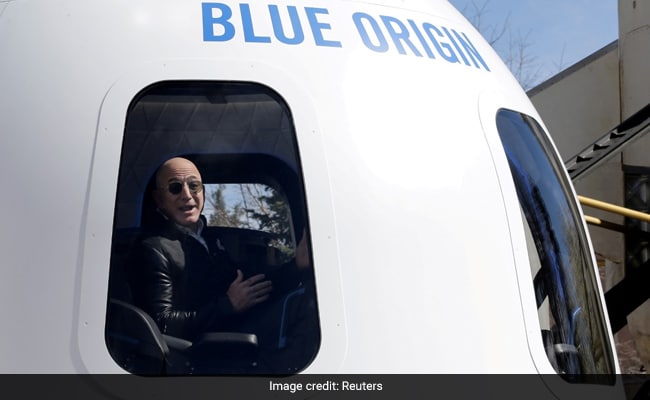 Jeff Bezos' Blue Origin shared a series of tweets comparing itself to Richard Branson's Virgin Galactic, which took the latter billionaire to space on Sunday. Space is now the new battleground for supremacy, with billionaires Jeff Bezos, Richard Branson, and Elon Musk all making their own attempts. Hours before British tycoon Branson flew into space aboard a Virgin Galactic vessel, its competitor Bezos' Blue Origin launched a marketing campaign to assert why flying with it would provide a better experience to travellers. The point of argument for supremacy, in this case, is the Kármán line, the internationally recognised frontier of space, which Virgin Galactic galls just short of, according to the tweets.

Blue Origin had a dig at its competition saying its New Shepard rocket has been designed to fly above the Kármán line “so none of our astronauts have an asterisk next to their name”.

From the beginning, New Shepard was designed to fly above the Kármán line so none of our astronauts have an asterisk next to their name. For 96% of the world's population, space begins 100 km up at the internationally recognized Kármán line. pic.twitter.com/QRoufBIrUJ

In another tweet, it added that only 4 percent of the world believes space begins at a lower limit of 80km. It also shared an infographic on why the New Shepard was better than Virgin Galactic, comparing the size of their windows and escape systems.

Only 4% of the world recognizes a lower limit of 80 km or 50 miles as the beginning of space. New Shepard flies above both boundaries. One of the many benefits of flying with Blue Origin. pic.twitter.com/4EAzMfCmYT

Quite understandably, having been beaten to launch the inaugural flight, Blue Origin appeared miffed. Bezos, the richest person in the world, is set to fly into space – and above the Karman line as Blue Origin claims – on July 20.

One user even asked Blue Origin to compare themselves to Musk's SpaceX.

Virgin Galactic is yet to respond to Blue Origin. It has, however, shared a video of Branson's message from zero gravity “to all you kids down there”.

"To all you kids down there..." - @RichardBranson's message from zero gravity. #Unity22