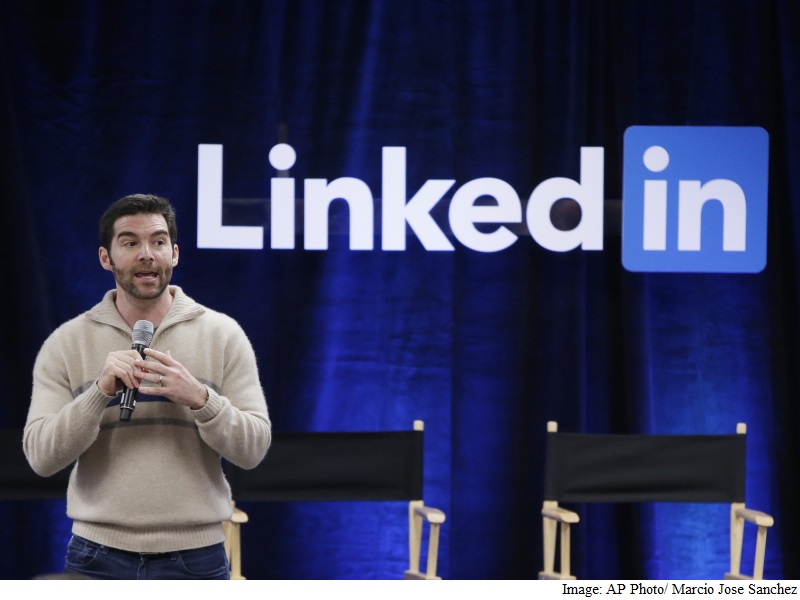 Microsoft's plan to buy professional-networking service LinkedIn for about $26.2 billion ranks as one of the biggest acquisitions ever in the tech industry.

Here's a look back at some of the others and how they panned out.

Dell to buy EMC for $67 billion
Dell's deal for the data-storage company remains the biggest ever for the tech industry. The deal, announced last October, is set to close later this year.

Facebook buys WhatsApp for about $21.8 billion in 2014
The social media company expanded its messaging capabilities with this purchase. It seems to be progressing well for Facebook so far. In February, WhatsApp announced that it had passed the 1 billion user mark, more than doubling what it had when Facebook Inc. announced the deal. It remains unclear, though, whether WhatsApp will turn into a major moneymaker for Facebook.

Hewlett-Packard buys Compaq for about $19 billion in 2002
This deal was championed by then-CEO Carly Fiorina as a way for HP to become a more formidable rival to computer maker IBM, but it faced staunch resistance from some prominent shareholders, including some of the heirs to the HP's founders.

The acquisition helped establish HP's largest maker of personal computers for many years, but the deal has lost its luster as sales of desktop and laptop machines have declined with the growing popularity of smartphones and tablets. Last year, HP split into two companies, one focused on serving businesses and the other on the selling of PCs and printers.

Symantec buys Veritas for about $13.5 billion in 2005
The security software company expanded its storage software capabilities with the buyout. This deal turned out to be another mismatch, culminating in Symantec's decision last year to sell Veritas for $8 billion to the Carlyle Group and Singapore's sovereign wealth fund, GIC.

Hewlett-Packard buys Electronic Data Systems for about $13 billion in 2008
The computer maker aimed to bolster its technology consulting services, but HP has had trouble retaining customers. After HP's 2015 split, EDS became part of HP Enterprises. Last month, that company said it would shed the former EDS operations as part of an $8.5 billion deal to sell its business services division to Computer Sciences Corp.

Google buys Motorola Mobility Holdings Inc. for $12.4 billion in 2012
The Internet company primarily bought Motorola for its portfolio of 17,000 mobile patents, but Google also inherited an unprofitable division that made smartphones. After losing more than $2 billion in less than two years, Google sold Motorola's smartphone business to the Lenovo Group for $2.9 billion and held on to the patents. Google had previously sold a Motorola division that makes television set-top boxes to the Arris Group for $2.35 billion.

Oracle buys PeopleSoft for $11.1 billion in 2005
The purchase of the maker of human resources software turned Oracle in to a more formidable rival to SAP in the market for business management applications. In recent years, Oracle has been contending with a new threat from Workday, a specialist in online personnel services that was started by PeopleSoft founder David Duffield.

Hewlett-Packard buys Autonomy for about $10 billion in 2011
The computer maker aimed to bolster its software and services offerings with the buyout, but this deal blew up quickly amid allegations that Autonomy had misled HP about its sales. HP absorbed an $8.8 billion charge to reflect that Autonomy wasn't worth the price that HP paid for it.

Microsoft buys Skype for about $8.5 billion in 2011
The software company bolstered its online video calling technology with this buyout.

Oracle buys Sun Microsystems for $7.4 billion in 2010
The buyout gave Oracle ownership of the Java programming language and catapulted the software company into the hardware business. Analysts have been generally unimpressed with the payoff that Oracle has gotten from Sun Microsystems so far.