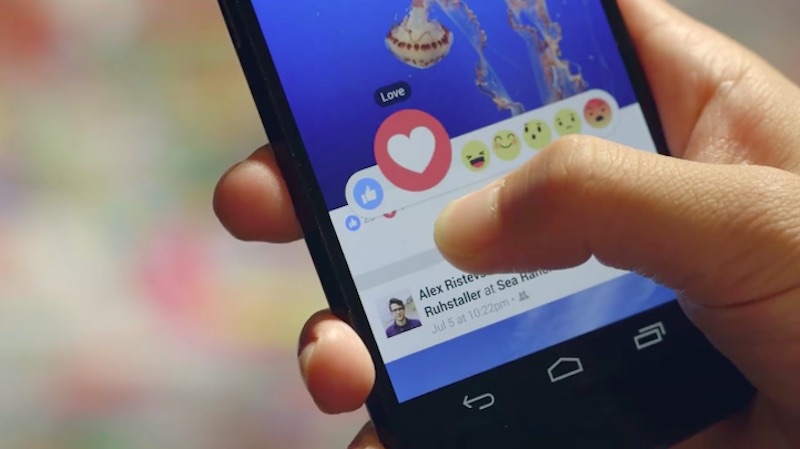 Facebook users around the globe can now be more expressive.

The social network rolled out "Reactions" - an extension of the "Like" button - worldwide on Wednesday, to allow users to express emotions such as sadness, anger and love.

Facebook launched a pilot of "Reactions" - which allowed users to select from seven emotions including "Angry", "Sad", "Wow" and "Like" - in Ireland and Spain in October.

The "Yay" emoticon, which was present in the pilot launch, was not seen in Wednesday's video.

The company will also use "Reactions" to track user behavior and for ad delivery.

Facebook said that over time it hoped to learn how different "Reactions" should be weighted differently by the Facebook News Feed to customize it for individual users.

Facebook said "Reactions" would have the same impact on ad delivery as "likes".

Many complained that they could not see the new emoticons, while some were unhappy that Facebook did not launch a "dislike" button.

Marina Cupo wrote on Facebook: "Do not have it available yet on my facebook!? I would rather have had a DISLIKE button and then attach an emotion instead if I want!"

Others expressed concern that the feature would lead to diminished use of language and less interaction.

"Great, now you don't even have to offer actual words, just a freaking emoji. What's the point in learning a language at all then?," Candice Johnson wrote on the social network.

Comments by Facebook Chief Executive Mark Zuckerberg in September that many took to mean that the social network was working on a "dislike" button set off a debate over whether it would cause cyberbullying and negativity.

Twitter replaced its star-shaped "favourite" icon with a heart-shaped icon called "like" in November in an attempt to make its website more engaging, but many users scorned the change.