Disclosure labels such as advertisements, ads, sponsored, collaboration, partnership, employee, and free gift can be used by influencers. 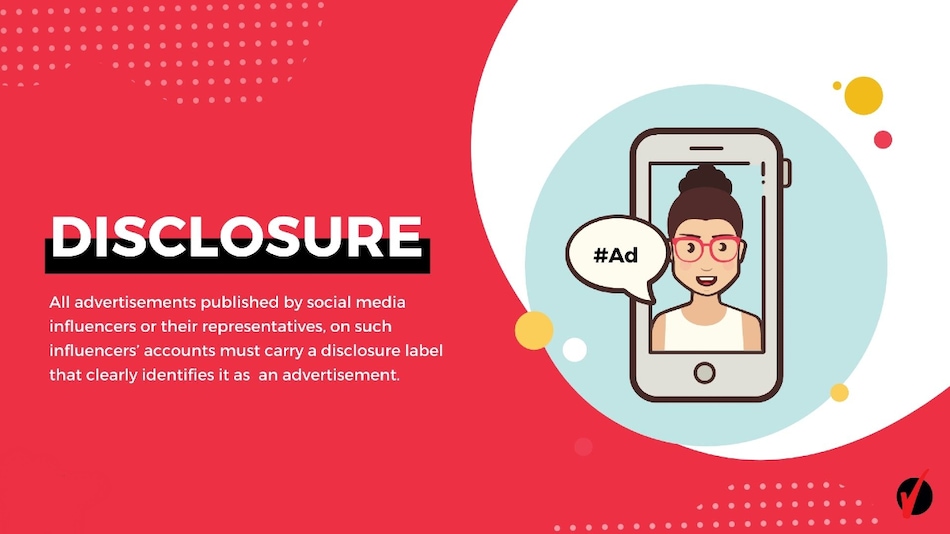 Advertising Standards Council of India (ASCI) has released new guidelines for influencer advertising on digital media platforms like Instagram. The new guidelines suggest that all promotional content published by social media influencers or their representatives must carry a disclosure label that clearly identifies it as an advertisement. Furthermore, it urges influencers to do fitting due diligence about products or services they promote through their accounts. ASCI says “it is critical that consumers are able to distinguish when something is being promoted with an intention to influence their opinion or behaviour for an immediate or eventual commercial gain.”

These new guidelines will reportedly come into effect June 14, and they make it mandatory for influencers to label their content appropriately to help consumers understand if it's an advertisement or not. ASCI emphasises on upfront and prominent disclosure that is not “missed by an average consumer” and should leave no room for misunderstanding. In addition to these mandates, ASCI tells influencers to review and satisfy themselves with the product before they advertise it to its audience. The draft guidelines were first issued back in February.

ASCI details that influencers need to add disclosure to their posts only if there is any material connection with the advertiser. This connection includes monetary compensation, freebies, or any other compromise that is discussed between the two. It adds, “If there is no material connection and the influencer is telling people about a product or service they bought and happens to like, that is not considered to be an advertisement and no disclosure is required on such posts.”

Influencers have been asked to place these disclosures in a manner that is not hard to miss. They should not be buried in a group of hashtags or links and influencers should use disclosure tools offered by the platform in addition to other means. If ads or videos are posted on Instagram stories or Snapchat, then these should have a disclosure label superimposed over the content. Disclosure labels such as advertisements, ads, sponsored, collaboration, partnership, employee, and free gift can be used.

In the case of audio media, like podcasts, the disclosure must be clearly announced at the beginning and at the end of the audio, and before and after every break that is taken in between. In live streams, the disclosure label should be announced at the beginning and the end of the broadcast. If the post continues to be visible after the live stream is over, appropriate disclosure must be added to the text/ caption.