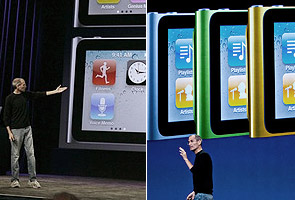 Highlights
If it is true that the enemy of your enemy is your friend, then Apple and Facebook ought to be friends. Their common enemy, of course, is Google.

But Apple's entry into social networking with the iTunes music social network Ping on Wednesday, has made them frenemies (or friend-enemies). And like with all frenemies, issues need to be worked out.

After introducing Ping on Wednesday, Steven P. Jobs, Apple's chief executive, was asked why Apple built its own social network, rather than, say, build services on top of Facebook, as other music sites have done. Mr. Jobs, who was strolling around a demo room where reporters could try Apple's new products, said that Apple considered that and held discussions with Facebook, but that the social networking company's terms were "onerous."

Still, Apple used some of Facebook open programming interfaces to allow users to find their Facebook friends on Ping. But that stopped working on Thursday.

Why? Facebook blocked Apple from that because Ping had the potential to send so much traffic Facebook's way and cause "site stability" and "infrastructure" problems, according to people familiar with the situation, who agreed to speak on the condition of anonymity because they did not want the friction between the companies to escalate. Facebook insists that businesses that send a lot of traffic to its servers first work with the company to make sure those problems can be handled smoothly, these people said.

In a statement, Facebook said: "We're working with Apple to resolve this issue. We've worked together successfully in the past, and we look forward to doing so in the future." Facebook did not specify what the "issue" was.

iTunes has 160 million users, according to Apple. But since only a small fraction of those users have enrolled in Ping, it is not clear how Apple could have exceeded Facebook's limits for traffic. In its Developer Principles, Facebook says that developers who exceed 100 million calls every day must contact the company because they may be subject to additional contract terms.

It is also not clear why Facebook did not call Apple to resolve the issue before it pulled the plug on Ping connections.