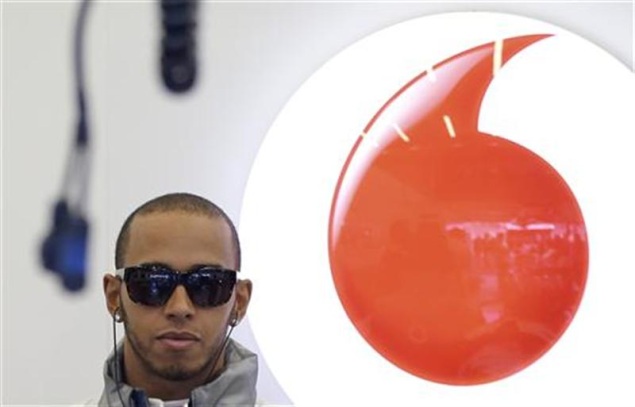 Lewis Hamilton's Twitter feed provided a further talking point at the Belgian Grand Prix on Sunday when the McLaren driver sent secret telemetry readings from his car to nearly a million followers before the race.

The Tweet soon disappeared, just as a flurry of his messages had been removed on Saturday, after the team intervened but not before the graph had been widely copied and repeated by others.

Ferrari, Red Bull and others all said they had studied the contents.

"Could you also tweet the race strategy and set up sheet. Thanks mate," joked former McLaren driver Alex Wurz, now working with rivals Williams as a driver coach, in a reply to Hamilton on the social network site.

Hamilton's message had intended to illustrate the difference in qualifying speed between his car and that of team mate Jenson Button, who went on to win from pole position while his team mate crashed at the first corner.

Button had qualified with a new specification wing while Hamilton's side of the garage stuck with the old one and paid the price.

The 2008 champion, who slipped to fifth in the standings still 47 points adrift of Ferrari's leader Fernando Alonso who also crashed with him, had qualified in seventh place.

Formula One teams are notoriously sensitive about the release of data from their cars before a race for fear rivals could gain an advantage from it but McLaren played down any damage this time.

"I've had several engineers approach me and comment on it. It wasn't great," said technical director Paddy Lowe.

"But in reality it wasn't great more in the sense that we don't share data with the world. The actual data in there is not going to be of any great use to any of our competitors, I would say," he added.

"It's a mistake that Lewis made, he understands now. It was a genuine mistake on his part, he didn't really appreciate the nature of that information if not the specifics.

"The engineers don't like to see that because we spend our lives trying to keep things secret and it's more what it represents than what was actually given away," said Lowe.

Hamilton's Twitter problems, with some of his Saturday Tweets including acronyms based on obscenities, have been a paddock talking point all weekend although he feigned ignorance.

"I don't know what you are talking about," he told reporters after the race.

The 2008 world champion, whose contract at McLaren expires at the end of 2012 although he looks set to stay, also had his defenders.

"Formula One is really cool, it's a really interesting thing and there's lots of different aspects to the interest. More power to Lewis by communicating to people who previously would have had no interest."