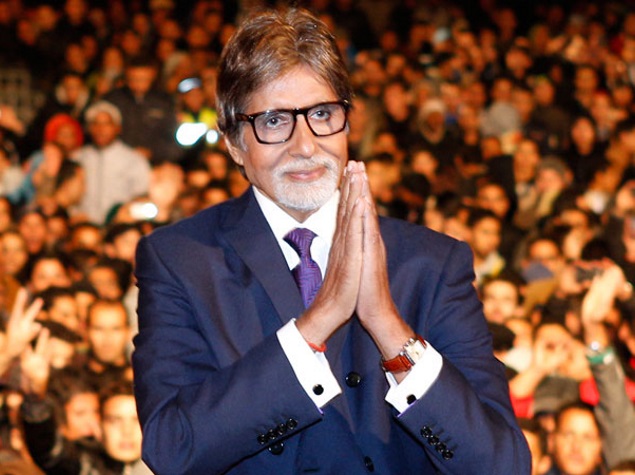 Bollywood megastar Amitabh Bachchan has been honoured with the Social Media Person of the Year award by Internet and Mobile Association of India (IAMAI).

The 72-year-old actor, who is an active social media user and online blogger, took the opportunity to thank his online fans, whom he affectionately calls 'extended family', for their support.

"There is an association of social media for India the IAMAI, and they reward me with the 'Social Media Person of the Year' award and it is time really to reward the extended family for this... you are the ones that have made it possible for me to be given this recognition," he posted in his blog.

IAMAI presented him with the award at his home as he will not be able to attend the ceremony in Delhi.

"The ceremony is in Delhi, and since I cannot be there, they came over to present to to me and play a video of it at the function to be held in a few days," he said.

Bachchan, who has more than 10 million followers on Twitter, the maximum for any Bollywood celebrity, complimented social media for becoming a powerful tool of communication.

"What a medium this has become and what a massive element of connectivity it is proving to be, not just for the times of today, but for the years ahead. The association was telling me that the Twitter account or its activities are conducted by those on this medium, to almost 90 percent through their mobiles! I must be archaic. I still use my laptop," Bachchan said.

Nasa's Curiosity Rover Set to Drill Into Crystal-Rich Rock on Mars
In Cyber-Attacks Such as Sony Hack, Obama Turns to 'Name and Shame'