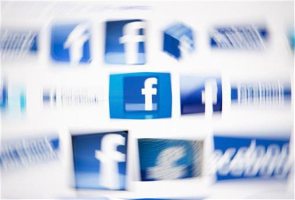 Facebook Inc's explosive growth has spawned a $380.6 million lawsuit by a former Interpublic Group of Cos executive seeking payment for having persuaded the advertising giant to make an early, enormously profitable investment.

Ray Volpe, a former senior account executive at Interpublic, said his former employer had thought he was "out of his mind" for having urged in 2006 that it enter an alliance with Facebook and buy $2.5 million of preferred stock, a 0.48 percent stake.

But he said the second-largest U.S. advertising company eventually agreed to the investment, jumping ahead of other prospective investors when Volpe agreed to personally guarantee advertising revenue for Facebook.

Volpe claimed that Interpublic sold half its Facebook stake in August 2011 for $133.5 million, and the remainder on May 18, 2012 when Facebook went public for $249.6 million, yet he has been paid nothing for his work.

The lawsuit seeks to recover Interpublic's alleged pre-tax gain from the sales, and alleges breach of contract, breach of fiduciary duty and unjust enrichment. It was filed on Monday with the New York State Supreme Court in Manhattan.

"You have to transport yourself back to 2006," said Neal Brickman, a lawyer for Volpe, in an interview. "Facebook was a fledgling start-up. Interpublic thought it was a stupid investment. But Mr. Volpe was incredibly persistent. Not a whit of credit went to him, and he has never been paid a penny."

Tom Cunningham, an Interpublic spokesman, said the New York-based company plans to defend against the lawsuit.

Interpublic has more than 20 brands including McCann, Draftfcb and Lowe and Partners. Brickman said Volpe left the company at the end of October.