Why Bias Complaints About Facebook's Trending Is a Big Deal 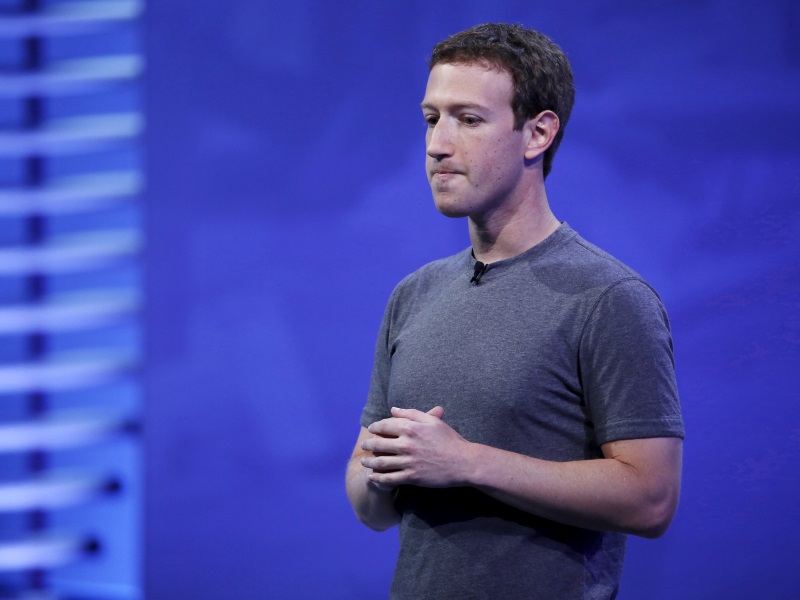 Highlights
What's behind the accusations that Facebook is manipulating its "trending topics" feature to promote or suppress certain political perspectives?

According to the technology blog Gizmodo , which is owned by Gawker Media, a former Facebook contractor with self-described conservative leanings said Facebook downplayed news that conservatives are interested in and artificially promoted liberal issues such as the "BlackLivesMatter" hashtag. Gizmodo did not name this person.

Facebook denied the claims, but the GOP-led US Senate Commerce Committee has sent a letter to Facebook and CEO Mark Zuckerberg requesting answers about the matter.

Here's a look at what the fuss is about:

What are 'Trending' topics?
Facebook shows popular topics being discussed at any given moment.

As with a similar feature on Twitter, Facebook doesn't purport to show all the most popular topics. They wouldn't be interesting anyway and would probably include the weather, cute puppy videos, and years-old listicles about the best ways to stay thin. Facebook says software formulas identify trending topics, and humans review them "to confirm that the topics are in fact trending news in the real world and not, for example, similar-sounding topics or misnomers."

Topics that appear as trending can have a self-fulfilling effect, as more Facebook readers see and share the items, and other news organizations decide to write their own stories.

Finding the trends
On browsers, the topics appear on the top right corner, separate from the news feed containing updates from your friends and family.

Besides "top trends," users on traditional personal computers can click on specific topics such as "sports" and "entertainment." On Wednesday, top politics trends for one US user included comments from "Duck Dynasty" star Phil Robertson on the transgender bathroom issue as well as the Facebook trending controversy itself. Topics for another US Facebook user were slightly different and also had Donald Trump and "Full Frontal" comedy host Samantha Bee giving a goodbye tribute to Ted Cruz.

On mobile devices, users can tap on the search bar to see the top trends, but they can't see separate categories, regardless of whether it's on an app or Web browser.

Where's the proof?
There isn't much proof beyond one anonymous former contractor that Facebook is hiding these conservative trends.

The Associated Press couldn't independently verify the claims. Facebook's vice president of search, Tom Stocky, said Monday that the company found "no evidence" that the allegations are true.

"We do not insert stories artificially into trending topics, and do not instruct our reviewers to do so. Our guidelines do permit reviewers to take steps to make topics more coherent ... to deliver a more integrated experience," Stocky wrote.

As one example, he cited combining related topics into a single event, such as "Star Wars" and a movie reference widely used on May 4, "May The Fourth Be With You."

It might not even be in Facebook's interest to promote or suppress certain perspectives. The service is used by 1.65 billion people each month, most of them outside the US Facebook has an interest in keeping these people happy, regardless of their political leanings, so that they keep using the service and advertisers keep courting them. Zuckerberg typically sets his sights on the next decade - and decades - into Facebook's future. As such, an election year such as this one is but a blip.

Backlash for Facebook?
Facebook's sheer size and ubiquity means any controversy can attract the attention of the news media, politicians and political activists. Other recent examples include the company's frequent changes to its privacy policies and its requirement that drag queens and other transgender users use their real names on the site.

The latest firestorm has led to plenty of media coverage, as well as a letter from US Sen. John Thune, the South Dakota Republican who heads the Commerce Committee. He requested information on who at the company made the decisions on stories that appear in the trending feature. He asked for answers by May 24.

A big deal?
If evidence emerges that Facebook favours certain political perspectives, it would be a big deal, as it could cause people to lose trust in the company as a neutral platform.

Thirty percent of US adults get news on Facebook, according to the Pew Research Center. The firestorm suggests a certain degree of anxiety about the influence Facebook is having in shaping the worldview of its users by becoming their main news source, even as newspapers across the US are shutting down amid low readership and declining advertising dollars.