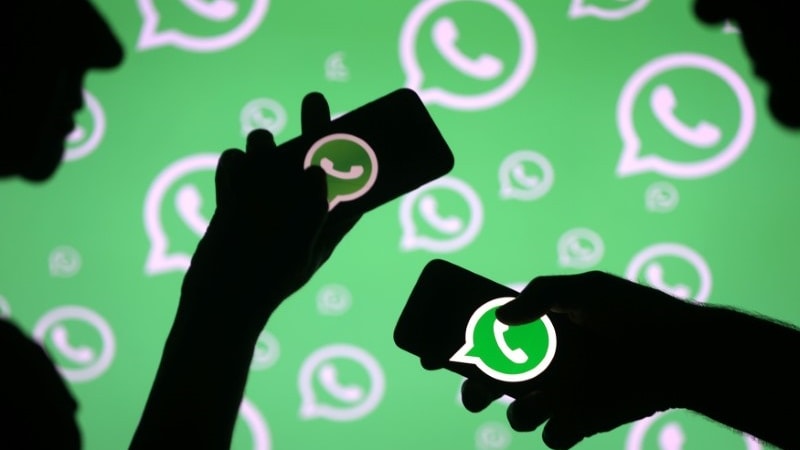 Welcome back to your weekly roundup of all the news from the world of tech that you need to know about. One of the hottest topics right now is that WhatsApp has finally brought in the much-awaited ability to delete sent messages. There's been talk about this feature for a long time, and it seems that it's finally being rolled out to all users. WhatsApp features are rolled out to users in batches so if you haven't seen the feature on your phone yet, don't worry, it's coming, but might take a few days to get to you.

Until now, if you deleted a message on WhatsApp, it was removed on your device, but the person/ group you were chatting with could still see it. The new feature, called 'Delete for Everyone' will remove the message from all participants. To do this, you'll just have to select a message and tap the trash icon, after which you'll get the option to either 'Delete for Everyone', or 'Delete for Me'. However, it seems you only have seven minutes to exercise the new option/

Meanwhile, after BSNL launched the Bharat-1 last week, now Vodafone has also jumped into the fray, launching the Bharat-2 Ultra 4G capable feature phone, to take on the Jio Phone. As usual, the focus here is on "effective price", and if the user sticks to Vodafone for three years, that works out to Rs. 999, accounting for all the cashbacks and other benefits. Jio Phone also has a similar 3-year commitment requirement that brings down the effective price to zero, while Airtel and Karbonn's A40 Indian Android phone sees its effective price come down to Rs. 1,399 over the same time frame.

Aside from this, Vodafone announced a couple of new plans as well. There's a new Rs. 69 plan, which gets you unlimited local and STD calls, and 500MB of 4G data. This pack has a validity of just seven days. If you're looking for a longer commitment, there's also the new Rs. 496 plan, which gets you 1GB daily data and unlimited calls for 84 days. The plan offers unlimited calls to any network, and free incoming and outgoing calls while on roaming.

Vodafone also announced a plan with 28 days validity, the new Rs. 177 plan. This plan also offers unlimited calls and 1GB data per day, but for only 28 days, and also, the user will not get free incoming and outgoing calls while on roaming. Vodafone's new plans are pretty similar to Reliance Jio's updated tariffs, but the latter also offers free SMS, which isn't the case with Vodafone. Airtel on the other hand is offering 100 percent cashback if you go for it's Rs. 349 plan, but there's a catch. You get that amount as a Rs. 50 cashback each month for the next seven months. The plan offers 1GB data a day, with 28 days validity, and 1,000 minutes of calls per week, capped at 250 minutes per day.

Meanwhile, a week after it had restructured its tariffs, Reliance Jio also raised the price of its Rs. 491 plan, bringing it up to Rs. 499, just above the price of the Vodafone plan. The other details of the plan remain the same - you get 1GB data per day, for 91 days, along with all the other features that Jio offers - unlimited calls, messages, and access to Jio's apps. Curiously, the plan is not mentioned among the tariffs on the Jio website, and is only available via the MyJio app and the recharge page on the site. The Rs. 459 Jio plan comes with 84GB data for 84 days, a difference of 7 days in validity, for Rs. 40.

7 Tips and Tricks to Get Started With Jio Phone

If you're looking for a premium device this was a good week, as the iPhone X and Google's Pixel 2 and Pixel 2 XL both started taking pre-orders. Apple's top end phone will go on sale next Friday, November 3, in India and other regions, and if you want to pre-order an iPhone X, you can head to Amazon or Flipkart, or to Apple resellers and other partner outlets. Pre-order offers include cashbacks, with additional benefits if buying the Apple Watch or AirPods, and buyback offers. The iPhone X price in India starts at Rs. 89,000.

The Pixel 2 and Pixel 2 XL pre-bookings are also open, with deliveries starting from November 15. This is available online exclusively via Flipkart, which is offering cashbacks and other freebies, including a Sennheiser headset worth Rs. 11,990, though offline retailers have also announced similar pre-order benefits. Reliance Jio subscribers also get benefits such as one year of unlimited voice, 750GB data, SMS, and Jio application access, Google said.

Sony launched two mid-range smartphones in India this week, the Sony Xperia R1 Plus, and the Xperia R1. The phones will be sold at Rs. 14,990 and Rs. 12,990 respectively, and are open for pre-booking on Amazon. The two phones are almost identical, although the Xperia R1 Plus has 3GB of RAM and 32GB storage, while the Xperia R1 has 2GB of RAM, and 16GB storage. Both have a 5.2-inch HD display, and an octa-core processor, a 13-megapixel rear and 8-megapixel front camera, and a 2620mAh battery. The dual-SIM devices come with a USB Type-C port for charging.

The Karbonn Titanium Jumbo was launched this week, and packs a large 4000mAh battery. Priced at Rs. 7,490, it will be selling at Rs. 6,490, the company clarified. The phone also sports an 8-megapixel front camera, 2GB RAM, a 1.3GHz quad-core processor, and 16GB storage. The phone also supports 4G and VoLTE.

The Oppo F5 was launched in the Philippines ahead of the India launch set for November 2. The selfie-focused smartphone is priced at PHP 15,990 (roughly Rs. 20,000) for the 4GB RAM/ 32GB storage variant, while the 6GB RAM/ 64GB storage variant's pricing has not been announced yet. Aside from the 16-megapixel rear camera, the phone has a 20-megapixel front camera, and a 6-inch full-HD+ display. It's powered by an octa-core processor and has a 3200mAh battery.

There was also a couple of leaks about the OnePlus 5T this week. An alleged hands-on photo puts the focus on the phone's bezel-less design. The photos show a sleek 18:9 display, and the absence of a home button, wth the fingerprint sensor moving to the back of the phone. A leaked teaser also highlighted the bezel-less display, while leaked renders also placed the fingerprint sensor on the back.

Meanwhile, the phone's price and specifications were also revealed via a pre-order listing on a Chinese e-commerce site. According to the listing, the OnePlus 5T going to cost $549 (roughly Rs. 35,500), and is likely to be delivered by the end of November. The listing mentions a 6-inch QHD 18:9 display, and a 3450mAh battery, while keeping the same RAM, storage, and processor as the OnePlus 5. Another specifications leak also states that the phone will have Android Oreo out of the box.

Meanwhile, a Jio Phone reportedly exploded, although the company is saying the damage was caused intentionally. Last year, a Reliance Lyf smartphone had exploded and burst into flames too. A now-deleted image on Twitter shows the back panel of the phone has been melted but the battery underneath the casing seems to be intact. The front panel also doesn’t have any bearings of an explosion.

It's not the only phone to see this kind of incident this week either. A Samsung Galaxy J7 caught fire mid-air on a Delhi-Indore flight this week, according to a report. The Jet Airways' flight had 120 passengers onboard and it landed safely. The passenger whose phone it was told Hindustan Times that about 15 minutes after the flight took off, smoke started coming out of her bag. The crew however responded quickly and immersed the phone in water to stop the smoke and potential fire. For Samsung, which is still recovering from the Galaxy Note 7 recall, this incident is no doubt a cause for concern, and hopefully the company is able to give a detailed answer on what exactly happened, soon.

We also learned that a new phone, the Nokia 2, could be revealed soon as the most affordable phone in the Nokia lineup. The new, much-rumoured smartphone has surfaced on the Bluetooth SIG site and is quite likely to debut in India on October 31. The certification on the Bluetooth SIG site does not detail any key features of the Nokia 2, but it mentions five variants of the smartphone that all are designed for the global markets.

Xiaomi India is launching a new smartphone series in the country on November 2, and the Mi Note 3 is the likeliest candidate, with the Mi and Redmi series already in India. The Xiaomi Mi Note 3 is essentially considered as a larger version of the Xiaomi Mi 6 launched earlier this year, with some minor differences. The Mi Note 3's biggest highlight is its 'Adaptable AI Beautify' feature, which uses AI-based algorithms to beautify selfies, and it has a different algorithm for men and women.

The Moto X4 which is launching in India on November 13 had its price leaked, said to be Rs. 23,999. A second leaked image from the settings page shows that it's going to be a dual-SIM phone. The 5.2-inch phone has a full-HD display, a 2.2GHz octa-core processor, 3GB RAM, 32GB storage, 16-megapixel and 12-megapixel front and rear cameras, and a 3000mAh battery.

Finally, if you're still on the fence about Amazon Prime, this is your last chance to get it at Rs. 499. The introductory offer expires on Monday, after which you'll have to pay Rs. 999 to get one year's Amazon Prime. This gets you access to Amazon Prime Video, as well as special deals on Amazon, and free 1- and 2-day shipping. Prime members will also have access to Amazon Prime Music, which is coming to India soon.