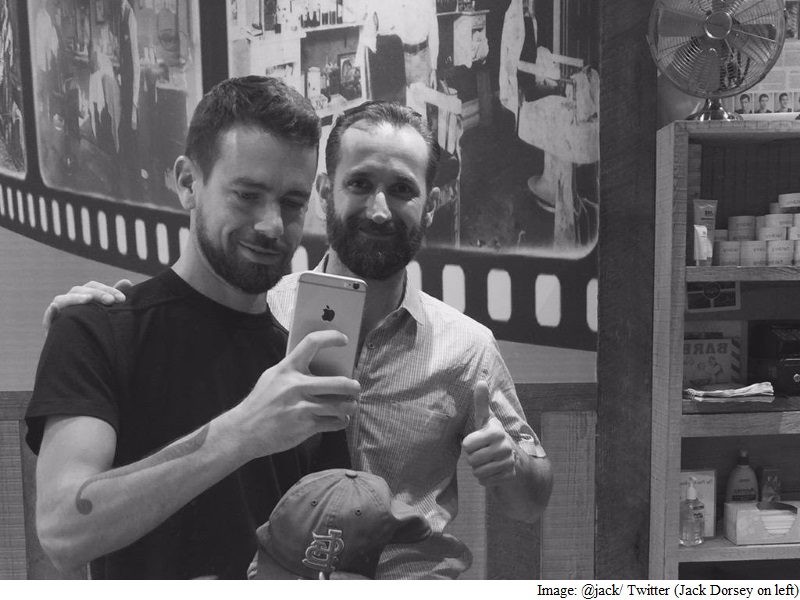 Dorsey, who last month returned as CEO on a permanent basis at Twitter, will be managing two firms with multi-billion dollar valuations which are both struggling to achieve profitability.

Square begins trading Thursday on the New York Stock Exchange on Dorsey's 39th birthday, at a time when tech startups are pulling in billions in venture capital even amid fears of a "bubble" in private markets.

Some analysts question whether Dorsey can successfully steer both firms, despite some comparing the Silicon Valley wunderkind to late, legendary Apple co-founder Steve Jobs.

Whatever the perception, Dorsey has been a driving force behind Square and Twitter.

Self-taught coder
Dorsey taught himself how to write computer code by the time he was a teenager. He has spoken in interviews of being fascinated by maps and trains, and of how listening to emergency service radio dispatchers as a boy got him intrigued with the power of communicating with short bursts of words.

Like many Silicon Valley celebrities, from Mark Zuckerberg and Jobs to Bill Gates or Michael Dell, Dorsey dropped out of college, never graduating from either of the universities he attended, one in his native Missouri and the other in New York.

Dorsey is credited with coming up with the idea for Twitter when eventual co-founder Evan Williams gave workers at blogging startup Odeo two weeks to work on fun new projects as a way to break up the daily routine.

Dorsey went on to found Square in 2009 and is the payments firm's largest stakeholder, with a share of about 26 percent, according to a Square filing.

Forbes on Wednesday ranked Dorsey as the 11th richest US entrepreneur under the age of 40 and estimated his net worth at $2.2 billion (roughly Rs. 14,567 crores).

Dorsey was pushed out of the chief chair his first time around. He was said to have made a better engineer than a boss at the time, known to leave early for personal pursuits such as sewing or yoga classes.

Sporting dreadlocks and a nose ring back then, he was accused of poor management and was finally replaced by Twitter's other co-founder, Williams.

More recently, Dorsey has sought to revamp his image. With the dreadlocks gone, he has been moving to mend relationships between Twitter and developers and to reassure investors he is up to the task of leading two major companies.

Dorsey last month apologized to developers while stressing the importance of the mission of Twitter.

He also said that he is giving a third of his Twitter shares to employees of the San Francisco-based one-to-many messaging service.

Trimming Twitter for flight
The move to pump up the supply of shares available to reward workers could be intended to boost moral in the aftermath of job cuts made after Dorsey retook the helm.

Twitter in early October said it was slashing eight percent of its workforce as newly returned chief executive Dorsey outlined his "roadmap" to boost users and revenues at the money-losing messaging platform.

The company, which has not yet turned a profit, has struggled to expand its user base, lagging rival networks such as Instagram and well behind the much larger Facebook.

"Twitter is unique because it is a brand, a bird, a logo that just about everyone on the planet has seen. It stands for something," he said at the company's developer conference.

"Twitter empowers the conversation that the world needs to see."

Matthew Kennedy at Renaissance Capital has said it's not clear if Dorsey can effectively lead both companies, especially with Twitter being dogged by concerns of sluggish user growth.

"He's got to turn around Twitter while managing Square's offering," Kennedy said. "He's got a lot on his plate, and there could be some concern."