Following a Trail of Extremism on Twitter, Guided by Appeal of Militants 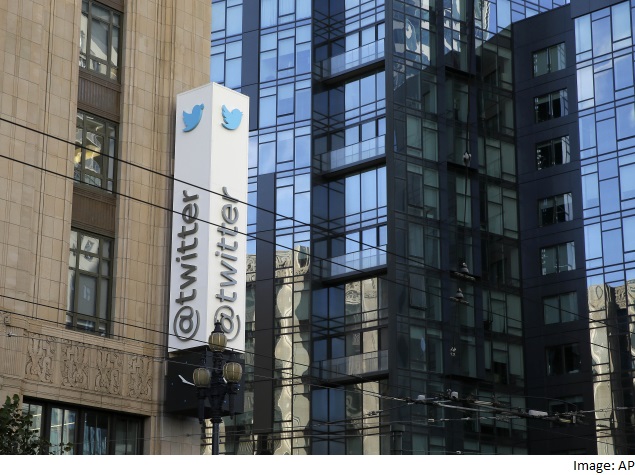 Counterterrorism officials on Tuesday were studying the electronic trails left by two men killed by a police officer as they shot at a Prophet Muhammad cartoon contest in Texas, looking for any direct ties to the Islamic State extremist group in Syria. The group praised the gunmen in a statement as "soldiers of the caliphate," the unified Muslim land that it purports to be building.

But any secret ties that officials might find may be less important than the public exchanges of messages on Twitter by one of the gunmen, Elton Simpson, in the weeks before the attack. Simpson, a convert to Islam with a long history of extremism, regularly traded calls for violence on Twitter with Islamic State fighters and supporters, as well as avowed enemies of Pamela Geller, the organizer of the cartoon contest.

His Twitter contacts included Junaid Hussain, a British fighter with the Islamic State in Syria known as Abu Hussain al-Britani, and Mohamed Abdullahi Hassan, a Somali-American now in Somalia who uses the name Mujahid Miski and frequently promotes the Islamic State. Both men called for violence, and Hassan had suggested the Texas event as a possible target.

On April 23, 10 days before the Texas attack, Hassan linked to the planned cartoon event in Texas, praised the January shootings at a satirical newspaper in Paris and called on jihadists in the United States to follow that example.

"The brothers from the Charlie Hebdo attack did their part," Hassan wrote in the post. "It's time for brothers in the #US to do their part."

Later the same day, Simpson posted about the cartoon contest, using the handle Shariah is Light: "When will they ever learn. They are planning on selecting the best picture drawn of Rasulullah (saws) in Texas." Rasulullah (saw) is a respectful phrase for the prophet.

The onslaught of recruitment propaganda has multiplied the number of online enthusiasts for the Islamic State in the United States, giving counterterrorism investigators the difficult task of deciding which are simply fantasizing in public and which might be planning violence.

"The ISIS guys are talking to these wannabes on Twitter all day long," a senior law enforcement official said. "It's like the devil is sitting on their shoulder saying, 'Come on, they're insulting the prophet, what are you going to do about it?'"

The official, who would speak about the continuing investigation only on condition of anonymity, said that although Simpson had long been under FBI scrutiny, he had not appeared to be preparing for violence. "There are so many like him that you have to prioritize your investigations," the official said.

The brief statement from the Islamic State did not claim that it had ordered the Texas attack, though it called the gunmen, Simpson, 30, and Nadir Hamid Soofi, 34, "two soldiers from the soldiers of the caliphate."

The statement expressed hope that the men, who had been living in Phoenix, would be granted "the highest rank of paradise" and threatened that future action against the perceived enemies of Islam would be "worse and more bitter," according to a translation by the Site Intelligence Group, which tracks extremist statements.

By announcing its militant ideology in slick multilingual propaganda, the group has positioned itself to bless and take some credit for terrorist acts carried out in its name by sympathizers anywhere in the world.

"ISIS and its caliphate is becoming a brand, looser even than a network like al-Qaida," said Omer Taspinar, a scholar on political Islam and the Middle East at the Brookings Institution. "It's a kind of spiritual belonging. Claiming credit does not necessarily indicate any kind of organizational link."

In recent years, al-Qaida, especially its affiliate in Yemen, has similarly endorsed attacks after the fact, including an Army psychiatrist's fatal shooting of 13 people in 2009 and the bombing of the Boston Marathon by two Chechen brothers in 2013.

But for most of its existence, al-Qaida has tried to exercise more formal control over plots, using secret communications to attempt more spectacular, mass-casualty attacks.

J.M. Berger, a co-author of the recently published book "ISIS: The State of Terror," called the Islamic State "populist" by comparison with the more "elitist" al-Qaida, which severed ties with the upstart group in part because it could not control it.

Islamic State leaders are not so choosy, Berger said. "They can retroactively ratify attacks that they like and ignore those that don't serve its purpose."

The pattern seen in the exchange of gunfire Sunday night in the Dallas suburb of Garland has mixed implications for American security, counterterrorism specialists said. It exemplified the kind of homegrown attack that is very difficult to prevent, but whose scale is small and execution not especially competent.

The event in question was a contest for the best cartoons depicting the prophet of Islam. It was framed by its organizer, Geller, as a defense of free speech. Some Muslims who believe that their faith prohibits images of the prophet saw it as an offensive provocation.

The FBI and the Department of Homeland Security had warned law enforcement officials about the danger that the event could provoke retaliatory attacks, and there was a large police presence at the event. When Simpson and Soofi pulled up in a dark-colored sedan, hopped out and opened fire from assault rifles, a Garland traffic officer returned fire with his pistol, killing both men despite the bulletproof vests they were wearing.

Simpson was well-known to the authorities. He had been prosecuted in 2010 for lying to the FBI after he spoke of joining al-Shabab, a terrorist group in Somalia, and had been under FBI scrutiny off and on for years.

Several months ago, after Simpson began posting on Twitter about the Islamic State, the FBI and the police in Phoenix opened a new investigation, law enforcement officials said. As part of that inquiry, the authorities monitored his online postings and occasionally put him under surveillance, the officials said. Soofi was not under investigation.

The attack had the hallmarks of an amateur plan carried out by untrained marksmen. They managed only to hit a school security officer in the leg before the traffic officer killed them.

But the FBI will undoubtedly face criticism for failing to prevent an attack by a man long known as an extremist, as the French authorities did after the Charlie Hebdo attack. Simpson even posted a message on Twitter just before driving to the event, using #texasattack as a hashtag. Yet with dozens, or perhaps hundreds, of people across the United States expressing online sympathy for the Islamic State, authorities are unable to keep them all under physical surveillance or track them online. Watching a single suspect night and day can require a team of 25 people in shifts around the clock.

Will McCants, the director of the Brookings project on the United States' relations with the Islamic world, said shooting sprees appeared to be coming into favor with jihadists, because they are simpler to pull off than a bombing and because even modest shootings can attract global news media attention.

"The Islamic State has really captured the imagination of younger jihadists," McCants said, because they believe the creation of a caliphate fulfills prophecy and restores Islamic political power.