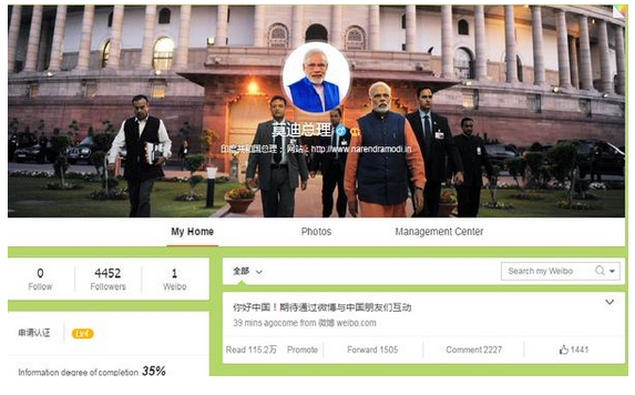 What exactly is Weibo? Here are 5 things you need to know:

1. Its name was originally Sina Weibo, and it is a mix of Twitter and Facebook.
The name Weibo means microblog in China, and although Sina Weibo changed its name to Weibo, it has competitors such as Tencent Weibo which are also microblogging sites.

2. Both Twitter and Facebook are blocked in China.
This means that Weibo (and other microblogging sites) are the only social networks available in China. While Weibo started off as much closer to Twitter, with the 140-character limit, the site has become much more like Facebook over time, with a media-rich feature set.

3. It's one of the most popular sites in China.
Over 30 percent of Internet users in China are on Weibo. The company is now developing a version in English and other languages, but this has not been released to the public yet.

4. It has gamified social media with medals.
Weibo has a medal reward system that encourages users to spend more time on the site. You can get medals for interacting with people and brands, for meeting milestones, and you have a page where you can see your (and others') medals.

5. It's quite strict about the content you post.
Weibo works with the Chinese government to censor content and automatically removes posts with specific words. The service also manually removes posts on sensitive topics. However, Weibo is known to allows more criticism of the government than other sites.
Comments