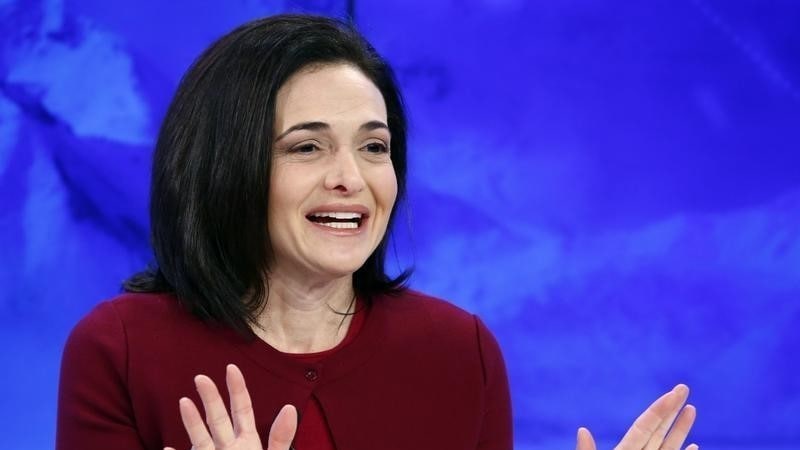 Facebook's number two executive Sheryl Sandberg, long seen as the "adult" at the youthfully-managed firm, has found herself the centre of controversy over her role in pushing back at a growing chorus of criticism of the social media giant.

A prominent feminist and author with strong political connections, Sandberg has drawn fire in particular over an embarrassing effort to probe George Soros, the billionaire investor, after he assailed the online network as a "menace to society."

Facebook acknowledged Thursday that Sandberg asked her staff to conduct research on the Hungarian-born billionaire following his remarks early this year, out of concern that he held a "short" position that would profit from a decline in shares.

"Mr. Soros is a prominent investor and we looked into his investments and trading activity related to Facebook," a spokeswoman said, queried by AFP after a New York Times report on the matter.

"That research was already underway when Sheryl sent an email asking if Mr. Soros had shorted Facebook's stock."

Sandberg previously denied the use of nefarious tactics against Facebook critics with the company under fire for enabling the spread of misinformation, including Russian-led propaganda, during the 2016 US election campaign.

Stabilising force, or not?
The 49-year-old Sandberg has long been seen as a stabilising force at Facebook, led by 34-year-old chairman and chief executive Mark Zuckerberg, whose early mantra had been to "move fast and break things."

Among the tech whiz kids, Sandberg as chief operating officer offered a steadier hand as a result of her background working for former US Treasury secretary Larry Summers and the philanthropic arm of Google.

Author of the feminist bestseller "Lean In," Sandberg also drew attention in 2015 after the sudden death of her husband David Goldberg at age 47.

Earlier this year she was dispatched to testify in Congress to defend Facebook's efforts in dealing with misinformation and manipulation, in the wake of a scandal over user data hijacked by the Cambridge Analytica consultancy linked to Donald Trump.

But the latest controversy over opposition research raised questions about whether Sandberg is living up to her role.

Roger Kay, an analyst and consultant at Endpoint Technologies Associates who follows the tech sector, said the moves by Facebook and Sandberg showed "extraordinarily poor judgment" from a corporate governance view.

"She's not behaving as the adult she should have been," Kay said. "Maybe they need another adult in the room."

New York City Comptroller Scott Stringer, whose office has shares in Facebook, said the latest developments highlight the need for an independent board chair to oversee Zuckerberg and Sandberg.

"Where is Facebook's board? The silence from the board of directors in the midst of continuous scandals is deafening," Stringer tweeted following the Times report on research efforts on Soros.

Others defended Sandberg, saying she was correct to look into powerful interests opposing Facebook and noting that Soros - who notoriously made a fortune by betting against the British pound in 1992 - is known as a highly sophisticated investor.

"FB management would have been absolutely remiss to not look into whether Soros was (again) manipulating a security for personal profit, to the detriment of the FB shareholder," tweeted Antonio Garcia Martinez, a former Facebook product manager and author of a book on Silicon Valley.

"He's a hedge fund pirate answerable to no one, as bad as anyone on Wall Street. Why wouldn't they check?"

Some questioned whether Sandberg's story had shifted since she said earlier this month she was unaware that Facebook had hired Definers Public Affairs to conduct research on company critics.

"Despite public claims to the contrary, Sheryl Sandberg knew @facebook had hired Definers to run opposition research," tweeted the group Freedom From Facebook, one of the activist organisations which has led efforts to regulate or break up the social network.